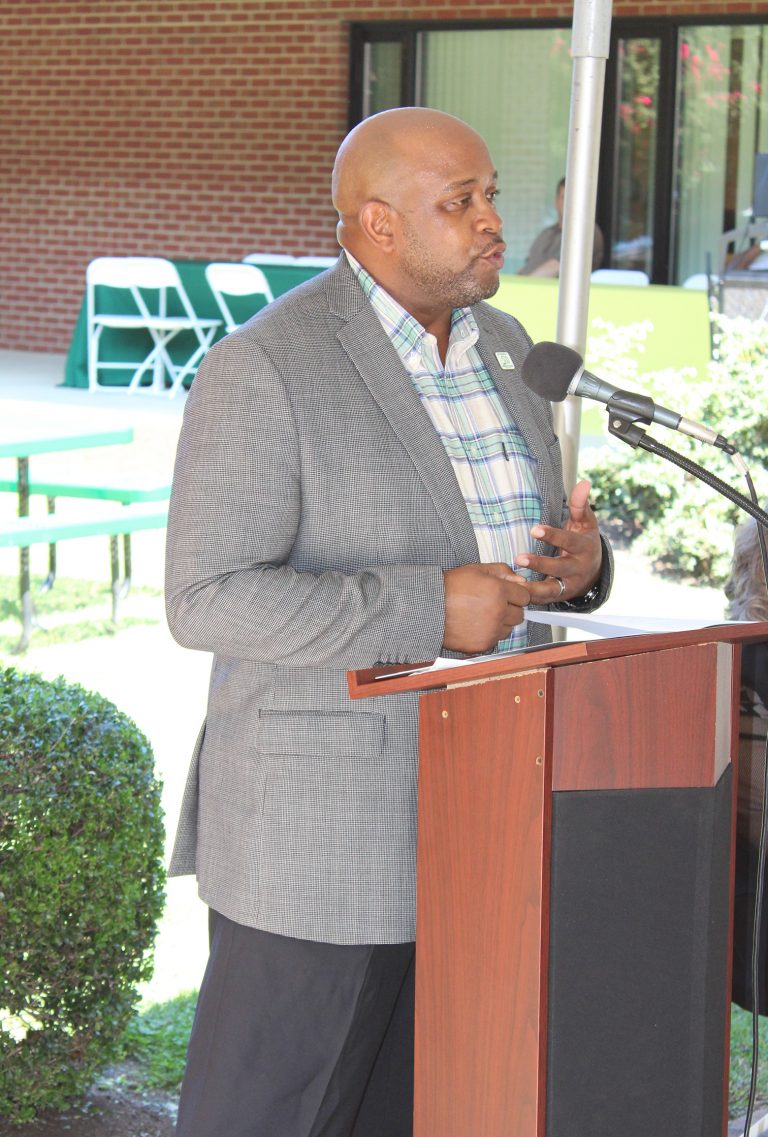 Vance-Granville Community College recently brought together students, faculty, staff and community members to mark the 50th anniversary of the college, with festivities on all four of its campuses. The original charter for the college, then known as Vance County Technical Institute, was issued on Sept. 4, 1969.

During the week of the actual anniversary, celebratory ceremonies featuring speakers and refreshments were held on each campus: the Warren County Campus on Sept. 3, Main Campus (in Vance County) on Sept. 4, South Campus (in Granville County) on Sept. 5, and the Franklin County Campus on Sept. 6. In addition, Main Campus hosted an anniversary ‘bash’ on Sept. 4 with the band, “Liquid Pleasure,” performing, and food trucks on hand.

“We are grateful to everyone who attended our 50th anniversary events, and to the citizens and businesses who made contributions to support this celebration,” said Dr. Rachel Desmarais, president of VGCC. “We have reflected on the educational opportunities that this college has provided to Vance, Granville, Franklin and Warren counties, while we have also looked forward to the next 50 years of shining the light of education in service to our communities.”

Two VGCC staff members who are also alumni of the college made remarks, as well. Amy O’Geary, director of student success, spoke at Main Campus. “As a graduate and longtime employee, Vance-Granville Community College has been a part of my life for over 30 years,” O’Geary said. “This college guided me in my career path and has allowed me the opportunity to do what I truly love: help students reach their own potential.” O’Geary recalled that after graduating from VGCC, she went on to earn a bachelor’s degree in in Business Administration. “I quickly realized that I was not cut out for a career in sales; however, I can sell one thing,” she said. “I can ‘sell’ Vance-Granville Community College, because I believe in our mission and what we have done for this community for 50 years!”

Julie Jones, the college’s distance education coordinator, spoke at the Franklin Campus. That was where she first became a student, as a single mother who had recently lost her job due to company downsizing. At the time, Jones had been out of school for 17 years. “The counselor at the time saw that I was anxious about starting back to school,” she recalled. “She was very encouraging and got me set up with my program of study and first classes. That is when I took my first computer course and knew I wanted a career working in I.T. My first computer instructor had enough confidence in my ability to do well that he asked me to apply for the part-time position of Open Computer Lab Technician. I started to believe in myself and gained the confidence that I could actually make it through college.” Jones excelled in her academics and, after graduation, became a full-time employee in the campus computer lab. She would go on to earn a bachelor’s degree, as well.

“What I found at VGCC was a home and a supportive family,” Jones said. “Without the encouragement I found along the way, I would not be where I am today.”

The September events capped off a series of activities throughout the year that helped celebrate 50 years of excellence, including a Dinner Theater in April; the 35th annual Endowment Fund Golf Tournament in May, commencement exercises for VGCC’s 50th graduating class in May, and the formal inauguration of President Desmarais in August.