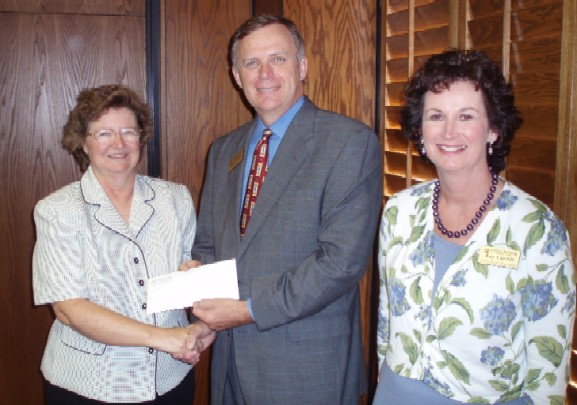 Above: Betsy Rublein of Henderson presents a check to Vance-Granville Community College President Randy Parker (center) and VGCC Endowment Fund specialist Kay Currin (right) to establish an Academic Achievement Award scholarship in memory of her husband, Walter J. Rublein, who died earlier this year.  Mr. Rublein was an instructor at VGCC from 1981 to 2000 and was the first head of the Electronic Data Processing program (currently called “Information Systems”).  Prior to 1981, he worked in the Rocky Mount city schools.  The Walter J. Rublein Academic Achievement award will be given to a deserving VGCC student in the computer/information technology field who is working toward an Associate in Applied Science degree.  (VGCC Photo)