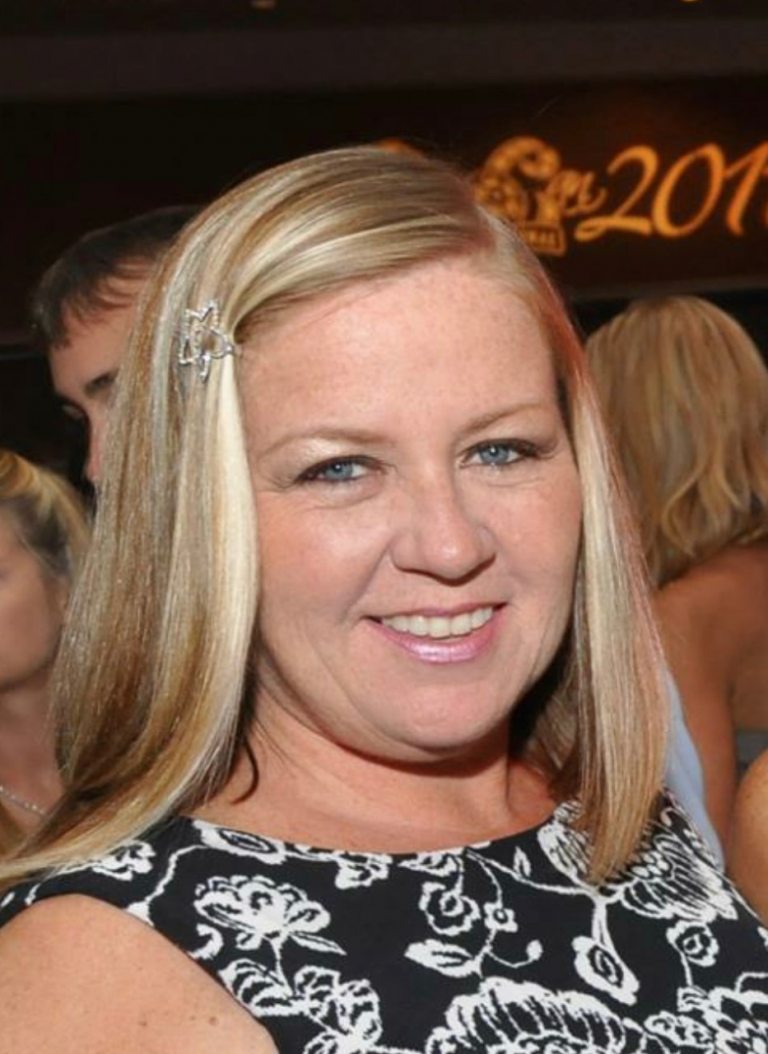 Vance-Granville Community College Endowment Fund board member Marshall Tanner and his wife, Martha, recently established a new scholarship at the college in memory of their daughter.

VGCC will award the Anne Tanner Berry Memorial Academic Achievement Scholarship to a student in a medical field, with a preference for second-year students who are older than the “traditional” college age. VGCC Health Sciences programs include Nursing, Histotechnology, Medical Assisting, Pharmacy Technology and Radiography.

“When Anne was in her twenties, she was diagnosed with diabetes, a diagnosis that changed her life and shortened it,” Marshall Tanner said. She passed away in 2018 at the age of 54. “Over the years, Anne was blessed to have many loving and caring healthcare professionals at her side through one health crisis after another,” Tanner continued. “Along with her husband, Tim, and her sisters, Cecelia, Lea and Beverly, we know Anne would be pleased that from this memorial scholarship, many others may join the ranks of Healthcare Heroes.”

An alumna of Middle Tennessee State University and Oglethorpe University, Anne enjoyed a successful professional career in property management in Savannah and Atlanta, Georgia. She was considered a leader and teacher in all her positions and was a regional vice president of her last employer. She had the ability to train and assist other employees to meet and exceed their goals and was recognized with several awards for her management skills and leadership talents.

“Anne had a very outgoing personality; she never met anyone who did not have a positive first impression of her,” her father recalled. “Her ability to interact in a warm, caring way enabled her to develop and maintain life-long friendships with many people.”

Marshall Tanner spent his career in the manufacturing sector, retiring in 2010 as a Vice President of Bridgestone Bandag. He moved to Oxford in 1991 to manage the local Bandag plant and has been active in the community ever since. Bridgestone Bandag is a longtime corporate supporter of VGCC, and Tanner has played in many VGCC Endowment Fund golf tournaments over the years. He joined the college’s Endowment Fund board of directors in 2017.

“I became involved with supporting VGCC many years ago. I saw that the college provided an accessible educational outlet to local people who did not want to go away to a university but instead start their higher education right here,” Tanner said. “Playing in the VGCC golf tournament was a positive way to promote the college while raising money to provide more scholarships to help people get the job training that they needed. The recent addition of Truck Driver Training is a prime example. Vance-Granville is a wonderful school, led by people who are thinking long-term about what our community will need in the future.”

“We are honored that the Tanners would remember Anne in such a meaningful way, by supporting hard-working VGCC students who are pursuing careers of service in healthcare,” said Dr. Rachel Desmarais, the community college president.

“Martha and Marshall Tanner are outstanding citizens and strong supporters of Vance-Granville,” added VGCC Endowment Director Eddie Ferguson. “This new scholarship serves as a fitting tribute to their beloved Anne, and will help students in her name for years to come.”