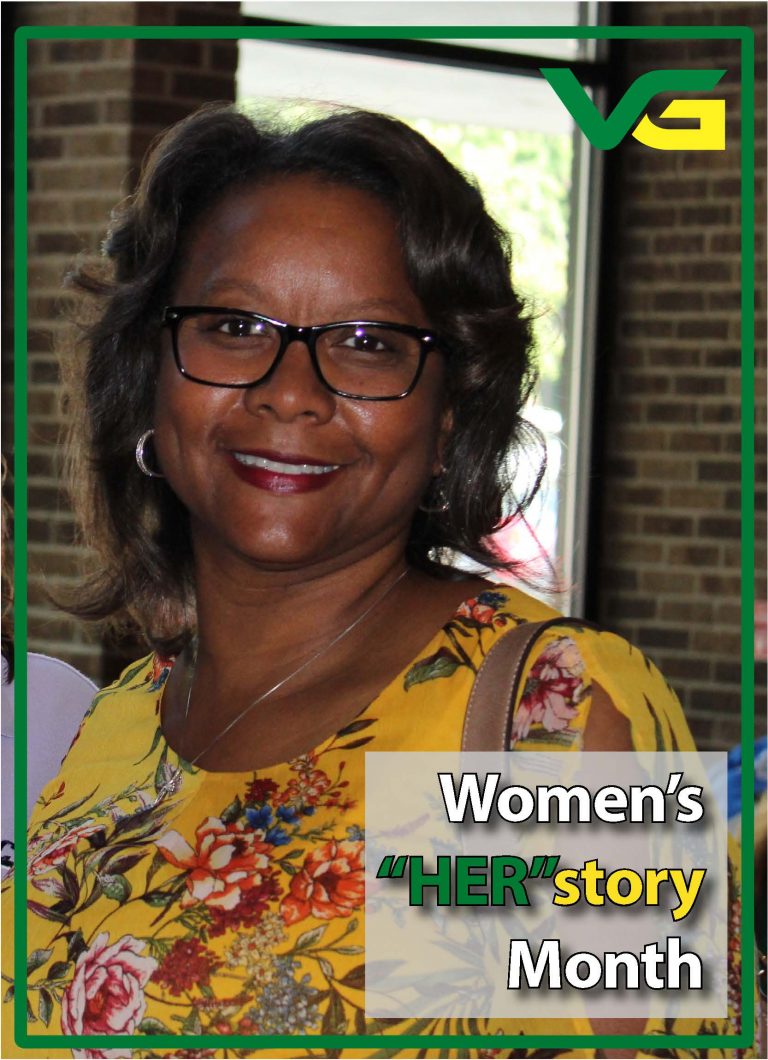 In honor of March, Women’s History Month, Vance-Granville Community College is recognizing a few of the many strong and talented women that are a part of the VGCC community in a special feature series called “HER”story.

Today in the first installment in that series we would like to highlight Angela Gardner-Ragland, our dean of Business and Applied Technologies and Public Service.

Dean Gardner-Ragland was nominated by Vice-President Dr. Levy Brown who said he nominated her, because she has always been a strong leader.

“She is student-centered and cares about this college, the faculty and her colleagues,” he said. “She is also well respected by her faculty, and the faculty in other areas, because of her professionalism and consistency.”

With a Bachelor of Science in Criminal Justice and a Master of Science in Law Enforcement and Corrections, Dean Gardner-Ragland first began her time at Vance-Granville in 1997 as a Criminal Justice Technology instructor. In a matter of 10 years, she had already risen to the Director position in Applied Technologies and Public Service. And now 14 years later, she is the dean of her department.

“She helps to build CTE and CCP pathways, and to bring on numerous new academic programs with a focus on career and technical education” Dr. Brown said. “Most recently, she partnered with the Workforce Development team to build approximately 14 noncredit to credit pathways as a part of our Achieving the Dream student success work.”

During her tenure at VGCC, she has been a part of more than 15 clubs and committees on campus, including the President’s Cabinet, College Executive Council, Recruitment and Retention Committee, and the Professional Development Committee. She is also active in the community and is involved in seven organizations, including the Nursing Home and Evangelism Ministry, Vance County Crime Stoppers Board, and Vance County Relay for Life.

“Dean Gardner-Ragland is not afraid to commit to the work,” Dr. Brown said. “She goes above and beyond. She does not shy away from a leadership role on projects.”
Dean Gardner-Ragland’s commitment to education has been recognized 15 times with honors like the VGCC President’s Extra Miler’s Award in 2011, graduating from the NCCCS Leadership Program in 2011 and Department Chair’s Institute in 2004, and being named to Who’s Who Among America’s Teachers in 2000 through 2006.

“Having been in her role for almost 12 years, she is the most veteran academic dean here at the college,” Dr. Brown said. “I believe that speaks to her tenure, her ability to get things done, and push forward meaningful work to positively impact students.”