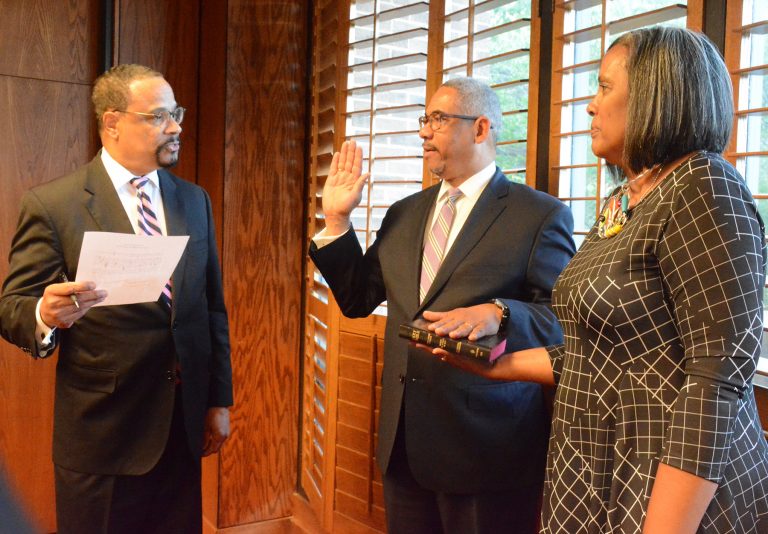 S. Quon Bridges, an attorney and former District Court Judge, administers the oath of office to Dorwin Howard (center) as a new member of the Vance-Granville Community College Board of Trustees.

Vance-Granville Community College recently welcomed a pair of new members to its Board of Trustees.

Deborah M. Butler of Youngsville was appointed to serve on the college’s governing board by the Granville County board of commissioners. Butler is a retired school teacher with 40 years of experience in education.

Dorwin L. Howard of Oxford was appointed to the board by Governor Cooper. Howard served as a teacher and administrator for Granville County Schools, retiring as the system’s superintendent. He currently serves as a pastor at First Cosmopolitan Baptist Church in Raleigh.

Both Butler and Howard were appointed to four-year terms on the VGCC board. Butler succeeds N. Annette P. Myers, while Howard assumes the seat formerly held by Herb Gregory. The Board of Trustees has 12 voting members, with some appointed by the Governor of North Carolina and some by the county commissioners and the boards of education of Vance and Granville counties. 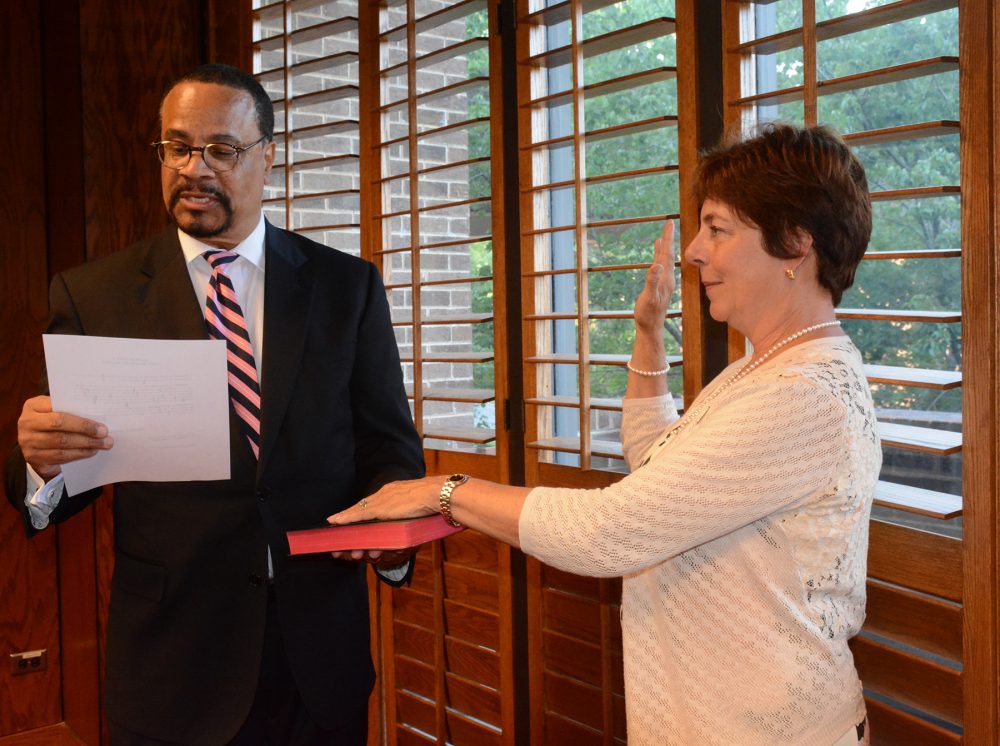 S. Quon Bridges, an attorney and former District Court Judge, administers the oath of office to Deborah Butler as a new member of the Vance-Granville Community College Board of Trustees.