VGCC set stage for graduate to succeed in Nursing career 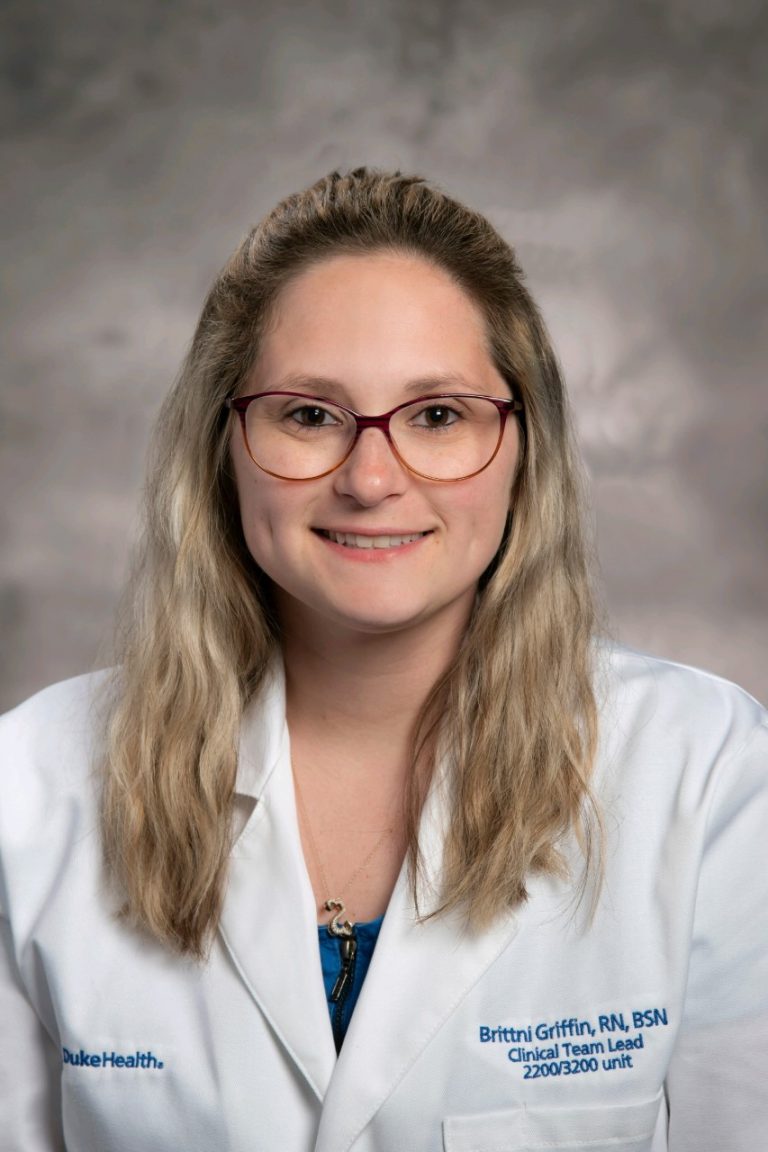 Brittni Griffin had a career goal in mind from a young age. “In the fifth grade, I decided what my purpose in life was,” Griffin said. “I was determined to become a registered nurse.”

She eventually learned that her local community college could help make that dream a reality. In her senior year of high school, Griffin was accepted to Vance-Granville Community College and soon began taking the prerequisite courses that she would need before entering the selective Associate Degree Nursing program.

“In spring of 2012, I had completed all the required courses that were needed for the ADN program, and I applied for entry into the program,” she recalled. “I was one person away from being able to enter the program, which meant I had to wait until the following year to try again.” Despite her disappointment, Griffin persisted and was accepted into the college’s ADN program the following year.

“I graduated in May of 2015 with my Associate Degree in Nursing,” she said. Griffin also served as president of her graduating class. Now, she could finally achieve her longtime goal of becoming a registered nurse. Griffin had accepted a job offer in nursing from Duke University Hospital even before she graduated.

“I started my career at Duke in August 2015,” she said. “In January of 2016, I jumped into taking one course at a time to start my Bachelor’s of Science in Nursing (BSN) degree.” The additional degree would allow Griffin to advance in her career, and actually brought her back to VGCC to take courses that would transfer to the four-year university level. She was accepted into the University of North Carolina at Charlotte BSN program in 2017 and graduated in May of 2018.

“In October 2018, I accepted a job offer as the clinical team lead of another unit at Duke University Hospital,” Griffin said. “As the clinical team lead, I act as the assistant nurse manager. I complete payroll, conduct counseling with employees, develop educational material for staff, and much more. Thanks to Vance-Granville Community College’s outstanding Nursing program, I was set up for success upon graduation. I am proud to tell people that I graduated from VGCC’s ADN program and refer people to apply often.”

Find out more or adjust your settings.