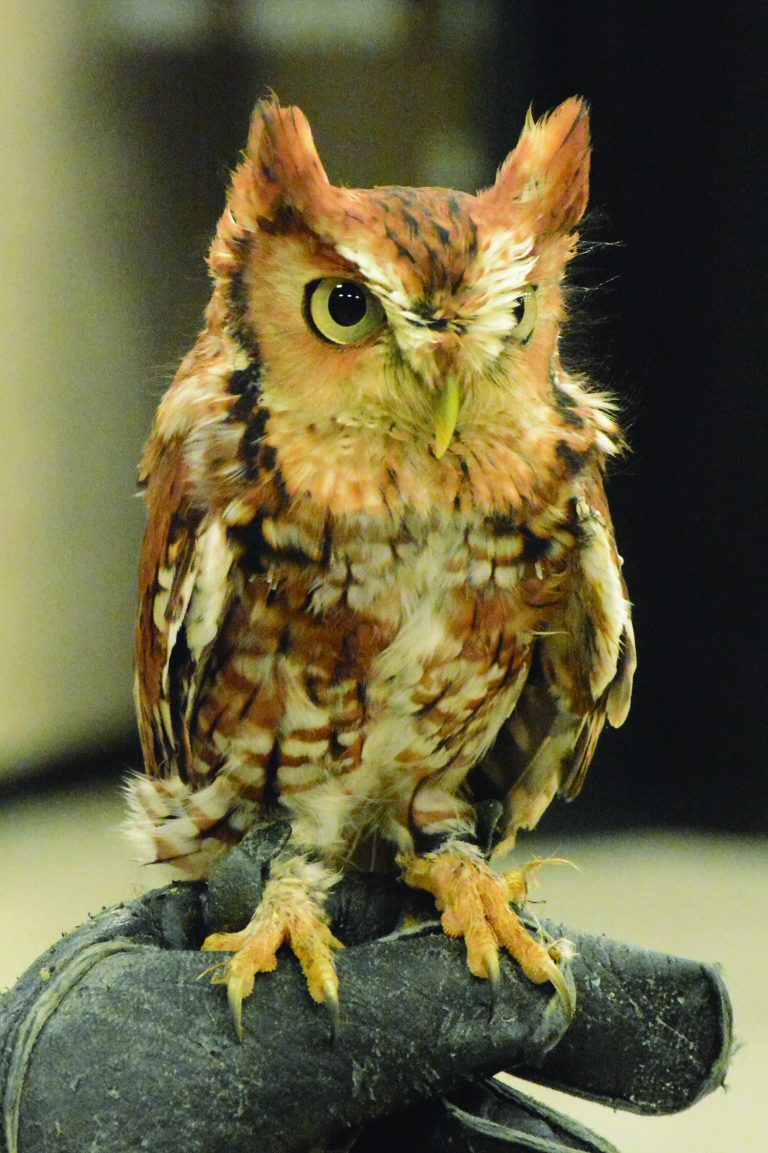 This year’s science camp featured a “Birds of Prey” day that included a visit from the Raleigh-based American Wildlife Refuge. Representatives of the organization, including executive director Steve Stone, brought in five live birds of prey: a screech owl, a barred owl, a black vulture, a red-shouldered hawk and a falcon. The students were able to observe these birds of prey as they learned about their unique abilities and lifestyles. They also learned about the role of animal rescue organizations.

Additionally, campers took a nature hike around the college’s picturesque Main Campus, to learn about local trees and the bluebird houses that have been placed on many of them. Continuing the avian theme across different academic subjects, students painted their own bird houses and created artistic impressions of their favorite birds of prey when they learned about relief printing techniques with VGCC art instructor Isaac Talley.

Another special guest during the camp was educator Courtney Behrle from NC BioNetwork, which is part of the N.C. Community College System. In addition to offering world-class workforce development for the state’s life sciences industries, BioNetwork conducts hands-on outreach activities to educate young people about biotech and related careers. At the science camp, Behrle taught students about lab safety and micropipetting techniques.

“Other activities during the week included learning about vermiposting (worm composting) and creating their own working vermipost buckets to take home,” said Dr. Brandy Bowling, VGCC Science Department Chair and coordinator of the camp. “They also enjoyed dissecting squids and sheep brains. Additionally, they learned about aseptic techniques, pharmacy, electricity, and botany topics. They learned to use leaves as a way to identify the species of trees and created their own leaf identification booklets to take home. They learned about how the brain senses and perceives various stimuli, and how to measure pH using red cabbage juice. They even learned how to create exploding lunch bags using an acid-base chemical reaction.” 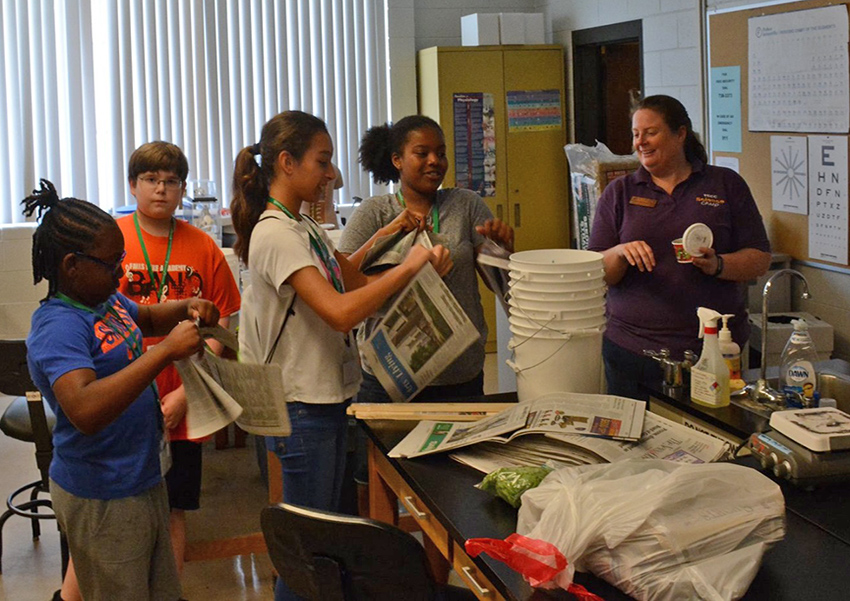