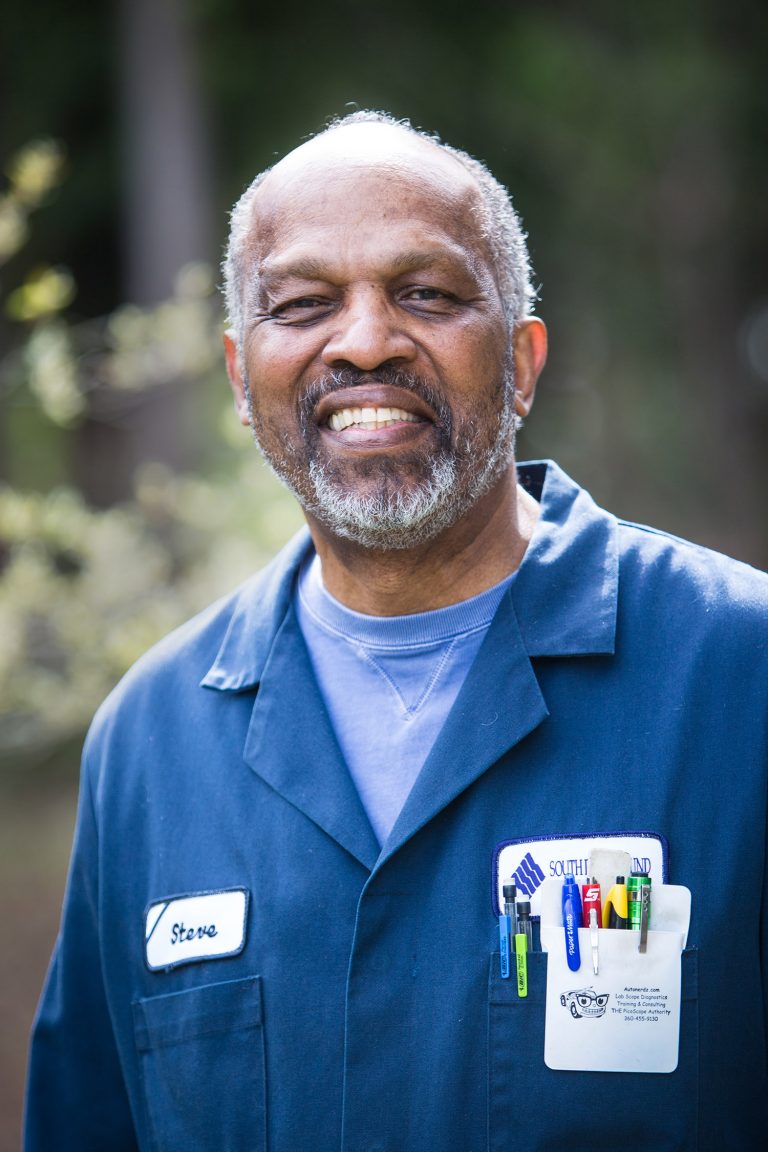 Almost half a century after he enrolled at the school that is now Vance-Granville Community College, Steve McRavin is giving back by establishing a pair of scholarships for today’s students.

Along with his wife, Patti, McRavin recently created annual scholarships through the VGCC Endowment Fund in memory of several of his family members.

The Allen and Margaret Jones/Lucy Jones Allen Scholarship in Nursing is named for his grandparents and his eldest aunt, Lucy, who was a nurse. In awarding this scholarship, preference will be given to second-year Associate Degree Nursing students and students who are single parents.

Meanwhile, the Howard and Thelma “Kitty” McRavin Memorial Scholarship in Automotive honors the memory of his parents. VGCC will prioritize students in the Automotive Systems Technology, the current name for the program from which McRavin graduated, for this scholarship. In both cases, other eligibility requirements will apply.

Steve McRavin grew up on a small farm in Williamsboro, and took automotive classes at Vance County High School. Upon graduating from high school in 1970, young Steve wanted to continue learning, and was excited to learn that the new Vance County Technical Institute would soon start offering automotive mechanics as one of its very first curriculum programs.

That summer, McRavin worked for a local construction company. “By coincidence, one of the jobs I worked on was helping to build the automotive and welding shop at Vance County Technical Institute,” he said. “I knew then for certain that the automotive program was going to be a reality! I got to meet Dr. Greene [the school’s first chief academic officer] when he would come out and look at the progress on the buildings, and I told him I would be enrolling that fall.”

Taking classes on that original campus – the former Maria Parham Hospital building – McRavin studied under the head of the new automotive program, the late Thomas Welch, whom he describes as “a great man.” McRavin graduated with his vocational diploma in Automotive Mechanics on Aug. 22, 1971, in the school’s first graduating class for curriculum programs. He then worked at the local Firestone until he was drafted in 1972 into the United States Army. He served in military intelligence for the next two decades, much of that time stationed in West Germany.

McRavin continued his education while in the service, obtaining an associate’s degree in automotive technology and a bachelor’s degree in workforce education/development, because he knew he wanted to work in education in some way after his military career ended.

He retired at the rank of First Sergeant in 1992 and started working at South Puget Sound Community College in Olympia, Washington. Even after all those years, McRavin credited the inspiration for his new career to Mr. Welch. Starting as a lab technician for the SPSCC automotive department, McRavin served in a variety of roles: teaching automotive classes, advising students, and overseeing recruiting. He retired from the college as a full-time administrator, but continues to teach there part-time.

McRavin said the new VGCC scholarships are his way of giving back to a school and a community that had helped him. The local community still includes a number of his relatives, and he has returned to visit from time to time. Describing himself as a “country boy from Vance County,” McRavin also wants to inspire today’s youth to take advantages of educational opportunities, as he did. “It’s not where you start – it’s where you end up,” he said. “You never know where you’re going to go.”

He is also not the only member of his family to benefit from the college. “One of my daughters, Gillian McRavin Johnson, graduated in 1991 from the VGCC Associate Degree Nursing program,” McRavin said. “She always raves about the program at Vance-Granville to this day.” Currently a registered nurse in the state of Washington, Johnson is working on becoming a Nurse Practitioner.

McRavin’s wife, Patti, has also worked in higher education and non-profit community groups during her career. Currently residing in Spanaway, Washington, the McRavins said that they both have a passion for higher education, because education changed the course of their lives. They have also established scholarships at South Puget Sound Community College.

“As we celebrate the 50th anniversary of Vance-Granville Community College, it is extremely gratifying that one of our first alumni, and someone who literally helped build the foundation of our institution, has reached out from across the country to pay forward what he received,” said Dr. Rachel Desmarais, VGCC’s president. “We appreciate Steve and Patti’s service to education and their generous support of our students.”

Through the Endowment Fund, VGCC has awarded more than 9,400 scholarships to students since 1982. Scholarships have been endowed by numerous individuals, industries, businesses, civic groups, churches and the college’s faculty and staff. Tax-deductible donations to the VGCC Endowment Fund have often been used to honor or remember a person, group, business or industry with a lasting gift to education. For more information, call (252) 738-3409.