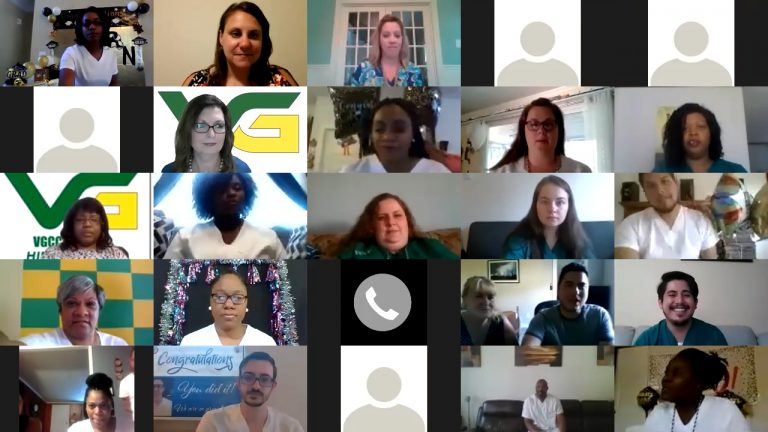 A virtual pinning ceremony was held using Zoom, on Thursday, May 14 at 6 p.m., for the Vance-Granville Community College Associate Degree Nursing Class of 2020.

The family and friends of the 43 graduates were sent a link to the Zoom session so that they could watch the pinning ceremony, which opened with welcoming reflections from Dr. Levy Brown, VGCC Vice President of Learning, Student Engagement & Success/Chief Academic Officer; Dr. Anna Seaman, VGCC Associate Degree Nursing Program Head; and Henrry Rebollar-Miguel, class president.

Dr. Seaman noted that 2020 is the ‘Year of the Nurse’ and that no one could have imagined what this year would actually mean for Nursing. She noted that these graduates would soon put on their ‘superhero costumes’ and enter into the workforce. Jamie Davis, VGCC Nursing instructor, presented cords to students who participated in the VGCC Student Nurses Association, which is a chapter of the National Student Nurses Association. Maggie King-Harris, VGCC Nursing instructor, recognized those students graduating with honors (a GPA of 3.5 or higher). Those recognized include Reuben Aluoch; Jessica Baker; Susan Carr; Michelle Harris-Evans; and Stephanie Parham. Raine Tucker-Smith was recognized as the graduate with the highest GPA in the class. Brande McILroy shared the story of the VGCC Nursing Pin and graduates were then ‘handed’ their pin virtually by Dr. Seaman. As each graduate received their pin, they shared where they planned to work; their plans for continuing their education; and their appreciation to family, friends, and faculty for their support during their time in school.

Even though the ceremony was not able to be held on the VGCC campus, as traditionally done, the graduates remarked that it was still a meaningful and memorable way to mark the end of their nursing school journey at VGCC.

In lieu of the class picture that is normally taken before the ceremony, graduates were asked to submit personal photos to be used in making a class collage. 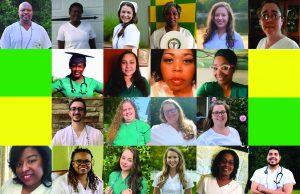 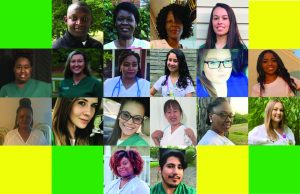