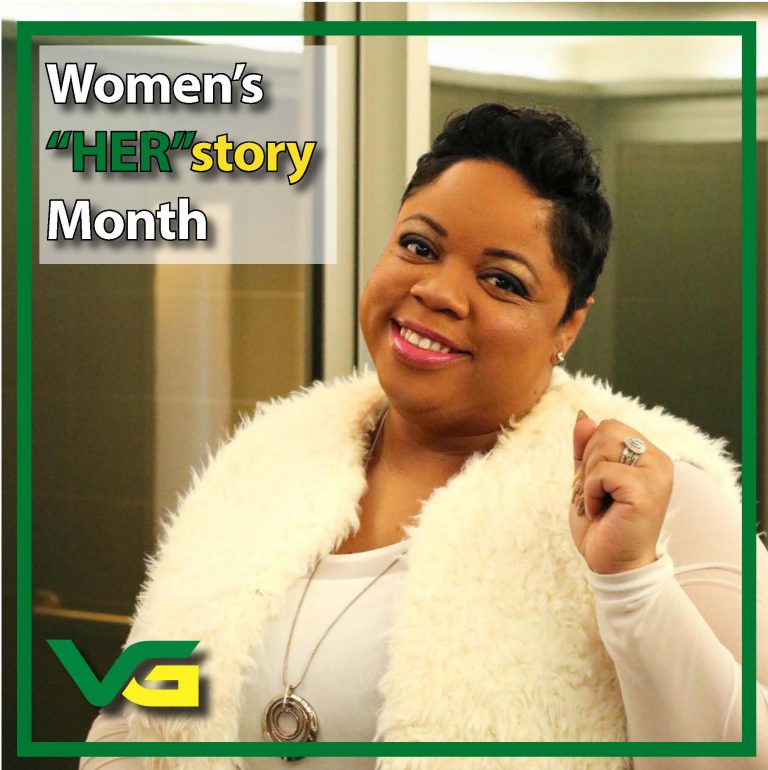 In honor of March, Women’s History Month, Vance-Granville Community College is recognizing a few of the many strong and talented women that are a part of the VGCC community in a special feature series called “Her”story.

Today in the second installment of that series we would like to highlight Personal and Career Coach Coordinator Tiffani Polk.

“Tiffani has a delightful, can-do attitude. She is genuinely interested in helping our Job Corps Scholars be successful,” said Ferguson. “Tiffani has engaged with the programs and established an attitude of completion success to students. Her association with several programs has aided in increased completion and retention rates. Students are her priority, and she demonstrates her advocacy by holding herself, others, and students themselves accountable.”

Polk has been a part of the VGCC team for five years, but her history in education spans more than a decade. She earned her Bachelor’s degree in English from the University of North Carolina at Chapel Hill in 2005 and her Masters of Education in Adult Education with a concentration in Student Affairs in Higher Education in 2019 from East Carolina University.

She began her career as an English teacher at Christian Faith Center Academy in Creedmoor. After seven years at the school, she took over as Director of Student Affairs. She also worked as the Student Information Specialist at Durham Technical Community College before coming to Vance-Granville in January 2016.

Outside of the assigned duties of her position, Polk also serves as the communications lead for the Achieving the Dream initiative that helps college students be successful by adding bold, largescale improvements to current success strategies. She works as the coach for the 20 apprentices in the various apprenticeship programs. She also serves as co-lead on the Job Corp Scholars grant.

Ferguson said her involvement in grant administration has been instrumental in adapting to a complex and continually changing grant program.

“She is an outstanding representative for VGCC to our community at large and to our students and employers,” he said.