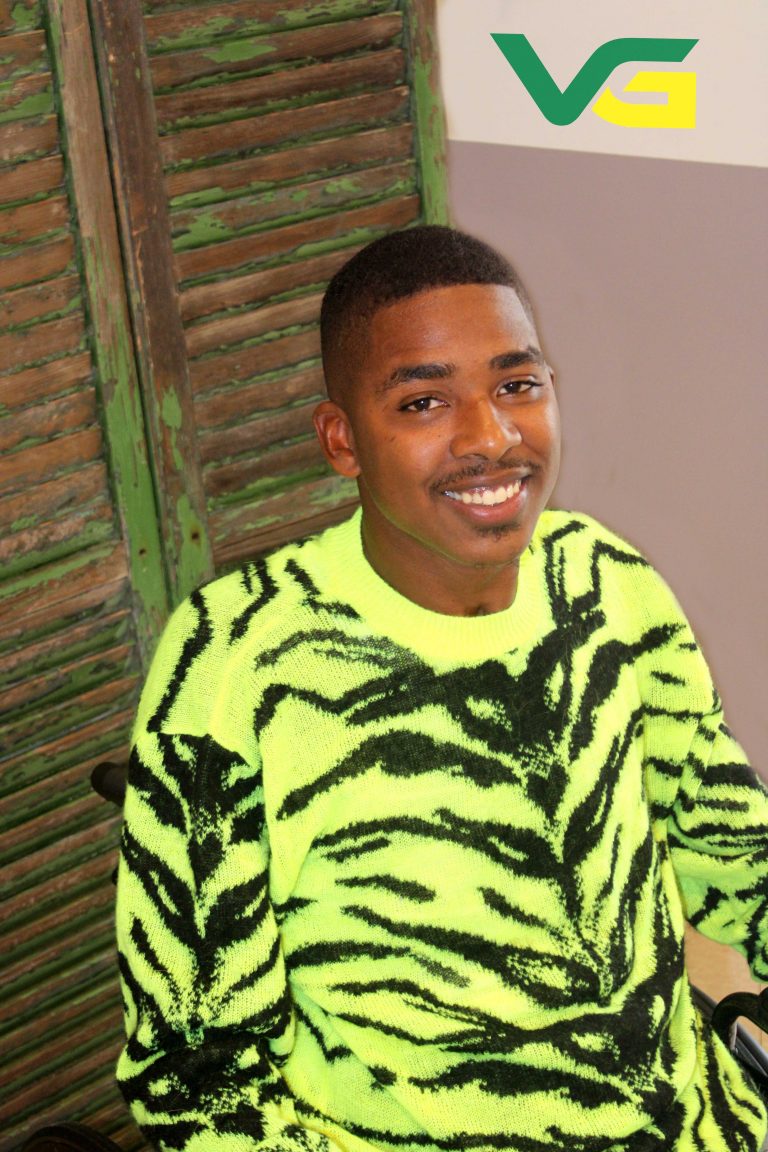 Vance-Granville Community College student Emiliano Dunton of Oxford has faced challenges in his life, and now, he is involved in research related to what is perhaps the world’s biggest challenge today: the COVID-19 (coronavirus) pandemic.

Dunton, a VGCC Bioprocess Technology student, is participating in a research externship program at North Carolina Central University (NCCU) through a partnership between the community college and the university. Through the externship, he gets practical experience related to his studies. Specifically, Dunton works with a team led by Dr. Weifan Zheng, an award-winning professor of pharmaceutical sciences at NCCU’s Biomanufacturing Research Institute and Technology Enterprise (BRITE) program, along with research scientists Xialan Dong and Zheng Huang. Zheng and his team are currently using computer programming to identify drugs that may be effective in attacking COVID-19.

“I am currently learning a new computer language called Python, which is the most used computer coding language of 2020,” Dunton explained. “Our plan is to use the computer language to search for articles pertaining to biopharma research and information regarding COVID-19.”

Currently, due to that same global pandemic, Dunton is working and learning remotely with the professors at NCCU, but he looks forward to making an on-site visit to the Durham campus in November.

Stewart Lyon, head of the Bioprocess Technology program at VGCC, said Dunton is perfect for this research opportunity because of his interest in not just biotechnology but computers. “Emiliano has found a niche in science in the growing field of bioinformatics,” Lyon said. “Bioinformatics essentially uses computer programming languages to analyze large biological data sets.”

Dunton recalled, “I enrolled at VGCC because I did some research on good biotechnology programs and found out VGCC had one of the best around.” He said that the Bioprocess program appealed to him “because I’ve always been intrigued with technology, and the ever-growing science/information-driven era we live in calls for that type of background.”

Dunton said his excitement about learning a new computer language led him to participate in the NCCU externship program. “I also want to inspire more minority youth in my community to strive for excellence and let them know that no matter where you’re from, or what type of background you came up from, you can accomplish whatever you set your mind to,” he added.

Lyon said that Dunton is an inspiration to his instructors and classmates because of his determination to overcome obstacles in order to achieve success. Due to injuries sustained from a gunshot wound years ago, Dunton uses a wheelchair. Though he has use of his arms, Dunton also relies largely on touch-screen computers, and has recently learned to code using speech-recognition software.

“After I’ve completed my studies at VGCC, my goal is to continue my education and obtain a bachelor’s of science degree,” Dunton added. He has an interest in the intersection of pharmaceuticals and agriculture, and would like to learn more about North Carolina’s growing hemp industry and related pharmaceutical extracts. “I also would like to empower and educate people on methods to generate generational wealth for minority youth in the surrounding communities, as well as inspire academic excellence,” Dunton said.

According to Lyon, Dunton “serves as an example of resilience and that great opportunities in life are available.” He recalled seeing how excited the student was “to find out that he was going to be actively contributing to a research team with the goal of helping to resolve a global health crisis….I think his time with VGCC and Bioprocess Technology, and now linking back to the UNC system, has been transformative for him. Emiliano also balances his obligations as an outstanding student with his familial and community responsibilities. He is a father as well as a student, and seeks to be a role model both at home and in the classroom.” Dunton said his seven-year-old daughter is one of his greatest “sources of strength.”

Dunton is the recipient of the Donald and Betsy Seifert Presidential Excellence Award this year. That is VGCC’s highest scholarship level.

Lyon said he is also pleased with the partnership with NCCU that allows Dunton to have such an interesting experience. The externship program is largely supported by a grant from the National Institute for Innovation in Manufacturing Biopharmaceuticals (NIIMBL) to NCCU.

“VGCC is listed as a participant in NCCU’s initiatives under the grant,” Lyon explained. “NCCU uses the funds to accomplish two major goals:  develop and implement the research externship experiences for our students, and to create stackable program credentials. This ultimately helps to increase the number of students entering the industry employment pipeline. The partnership between VGCC and NCCU now allows for our students to transfer from VGCC’s Bioprocess Technology degree to NCCU’s bachelor’s degree program in Pharmaceutical Sciences.”

VGCC’s Bioprocess Technology program is open to everyone, including current high school students through the North Carolina Career & College Promise (CCP) program. In fact, through NC CCP, the program is tuition-free for eligible high school students who want to get an early start on their college education. For more information on VGCC’s biotech programs, contact Lyon at lyons@vgcc.edu or 252-738-3632.