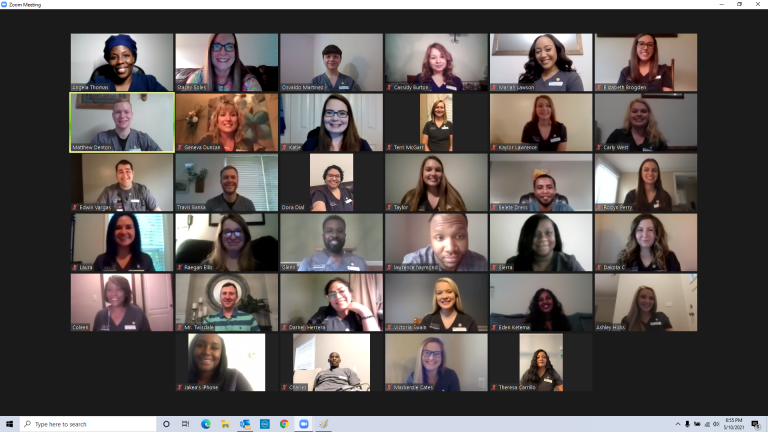 Dean of Health Sciences and Radiography Program Head Angela Thomas welcomed all in attendance in various languages as represented by the diverse class. These languages included Amharic, English, Swahili, and Spanish.

Dr. Rachel Desmarais followed Dean Thomas by giving accolades to the class on their accomplishments in a trying time due to the pandemic. Dr. Desmarais also wished the group well in their future endeavors and reminded the group that should they need courses in the future, VGCC would be there with open arms.

Following the welcome messages, Class President, Mariah Lawson gave a brief speech highlighting the trials the class has overcome and the good times they all shared throughout the 21-month journey. She concluded with a poem written especially for the Radiography class of 2021 which has been coined “The Best Class Ever!” Additionally, some of the graduates communicated what the program meant to them. The overall consensus was that they were more than Radiologic Technologists; they were professionals.

The Program Awarded the Academic Achievement Award to the student with the highest GPA. This year’s, the award went to Mr. Travis Banka of Durham, NC. Mr. Banka maintained a 4.0 GPA each semester for the entirety of the program. Mr. Banka readily accepted the award by thanking the Radiography Program and faculty. On behalf of the class, he thanked the faculty for giving them all the tools necessary to ensure success in the program.