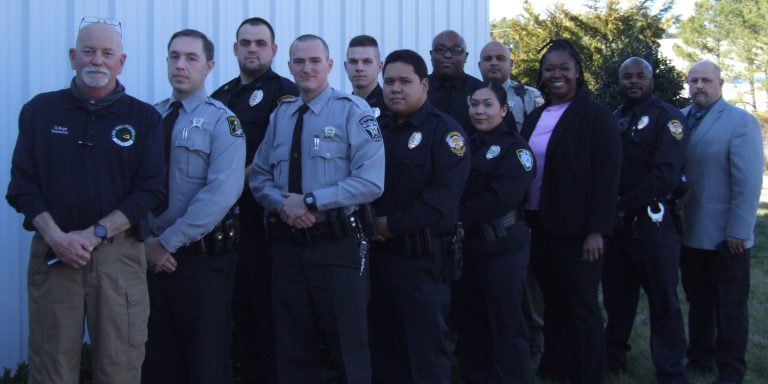 Vance-Granville Community College held a graduation ceremony for 11 cadets of Basic Law Enforcement Training (BLET) Class 113 on February 9th, 2022. After attending and completing the rigorous training that lasted over 17 weeks and 740 hours, the cadets then took on the state mandated exam 2 days before Christmas. After passing the state certification exam, all 11 are authorized to work in any law enforcement agency in North Carolina. Members of this class have been hired by the Oxford Police Department, Butner Public Safety, The State Bureau of Investigations, Henderson Police Department, Franklin County Sheriff’s Office, Vance County Sheriffs Office and Granville County Sheriff’s Office.

Area law enforcement agencies often partner with VGCC to train their new recruits, as the community college runs one of the most rigorous law enforcement academies in North Carolina – requiring substantially more training hours than the state minimum mandates. For more information, call VGCC at 252-492-2061 or visit vgcc.edu.