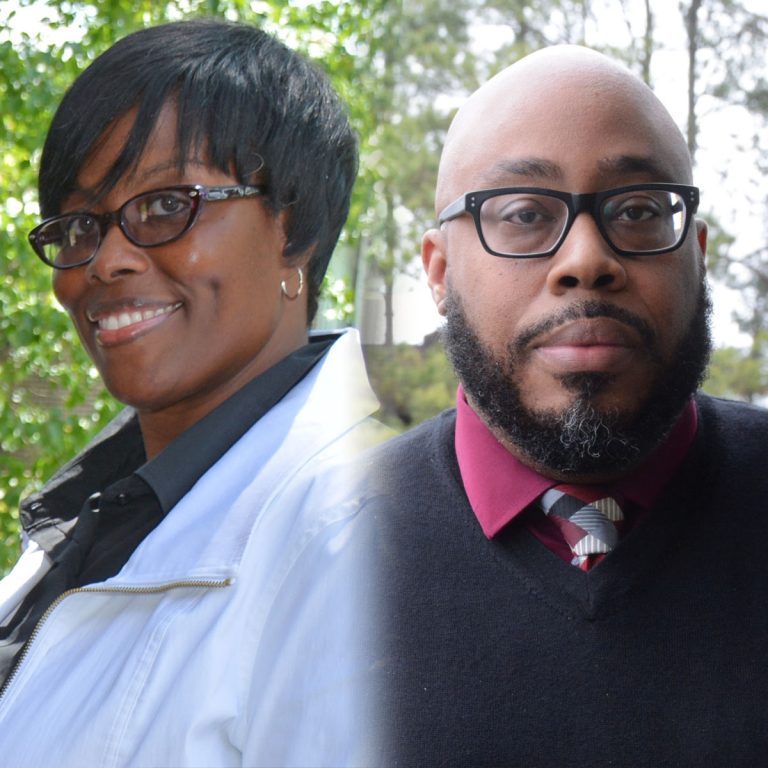 A pair of leaders at Vance-Granville Community College were recently recognized by North Carolina State University, where they are doctoral students in the College of Education.

“I am excited about the opportunity to be a Belk Center Fellow,” Allen said. “I look forward to the opportunity to learn more about student success strategies from community colleges across the nation as the American Association of Community Colleges celebrates 100 years.”

Thomas was presented with her award by Associate Professor Dr. Tuere Bowles during a ceremony at the university in December conducted by the Belk Center for Community College Leadership & Research. Bowles described the leadership award, given to only one student per year, as “highly competitive.” Thomas said she was honored and would “do her best to make the Boones proud.” The fellowship is named in part for Dr. Edgar Boone, the founding head of the Department of Adult and Community College Education at NCSU.

Allen, an Oxford resident, has been a member of the VGCC staff in various roles since 2012. In his current position, Allen provides leadership and oversight to the areas of advising, counseling, male success initiative, student activities and athletics, testing and tutoring. He earned a bachelor’s degree in Mathematics at North Carolina Central University and a master’s degree in Curriculum and Instruction at Western Governors University. Allen had a 14-year career in education at the K-12 level prior to joining VGCC. He is also the recipient of the 2016 Laura Thomas Award from the North Carolina Association on Higher Education and Disability (NC AHEAD). Earlier this year, Allen was named one of eight DREAM Fellows by NCSU.

A resident of Hillsborough, Thomas started her association with VGCC in 1997 as a part-time Radiography instructor, later becoming the program’s full-time clinical coordinator and then head of the program. Thomas was named VGCC’s Faculty Member of the Year in 2011. As dean of health sciences since 2013, she leads a division that includes the Histotechnology, Nursing, Human Services Technology, Medical Assisting, Pharmacy Technology and Radiography programs. Thomas earned an Associate in Applied Science degree in Radiologic Technology from Pitt Community College, a bachelor of arts in Forensic Science from Guilford College and a Master of Science degree in Health Care Management from Ashworth College. Thomas is a graduate of the North Carolina Community College Leadership Program and completed the Executive Leadership Program through the College of Education at N.C. State University. She is also a recipient of the VGCC President’s Leadership Award.