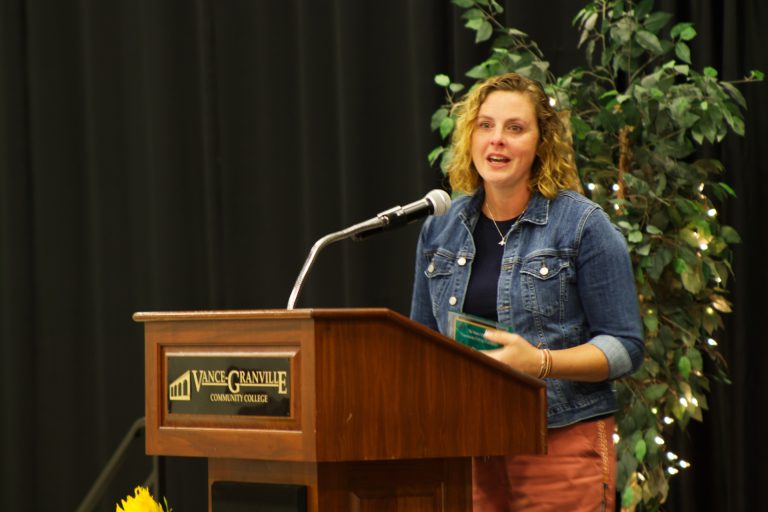 Vance-Granville Community College recently honored Mara Shelton of Oxford with its first-ever Distinguished Alumni Award. Shelton, who graduated from VGCC with an associate degree in Nursing, received the award during the college’s Scholarship Awards Luncheon on Sept. 22.

Shelton worked in the nursing field following her VGCC training, including as a pediatric ICU nurse at Duke Hospital in Durham and later, as a school nurse at Falls Lake Academy. In 2018, she became an entrepreneur, opening Tobacco Wood Brewing Company in Oxford alongside her husband, Paul.

As Shelton is a veteran of the Army National Guard and the Air Force Reserves, Tobacco Wood is North Carolina’s first female veteran-owned brewery. She and her team have won national competitions for their craft beer, and the successful business has attracted many customers to Oxford, while also opening a second location in Durham. Shelton has been honored as a female entrepreneur by the Triangle Business Journal, and she has appeared on several television programs. Community-minded, she serves on the board of directors for Granville Little Theatre, supports a number of local groups, and has served as a costume designer for several VGCC Drama and Dinner Theater productions.

“Mara is a very creative person and has a love for the Arts and her community,” said VGCC Drama instructor/Department Chair of Fine Arts and Humanities Betsy Henderson. “We have benefitted by her talents and her desire to give back to VGCC.”

The VGCC Foundation created the Distinguished Alumni Award this year to recognize outstanding graduates of the community college who have gone on to make a significant impact in their communities and chosen career fields. The Foundation plans to honor one alumnus each year.

“After reviewing a number of excellent nominees for this award from our faculty, staff and community, we were pleased to select Mara Shelton, who embodies the qualities of leadership, service and achievement that we admire in our VGCC alumni,” said Vance-Granville Community College Foundation Executive Director Tanya Weary. “Mara is an outstanding representative of both Granville County and VGCC, and an ideal honoree to make history as the first recipient of this award.”

For more information on the VGCC Foundation, visit www.vgcc.edu/foundation . 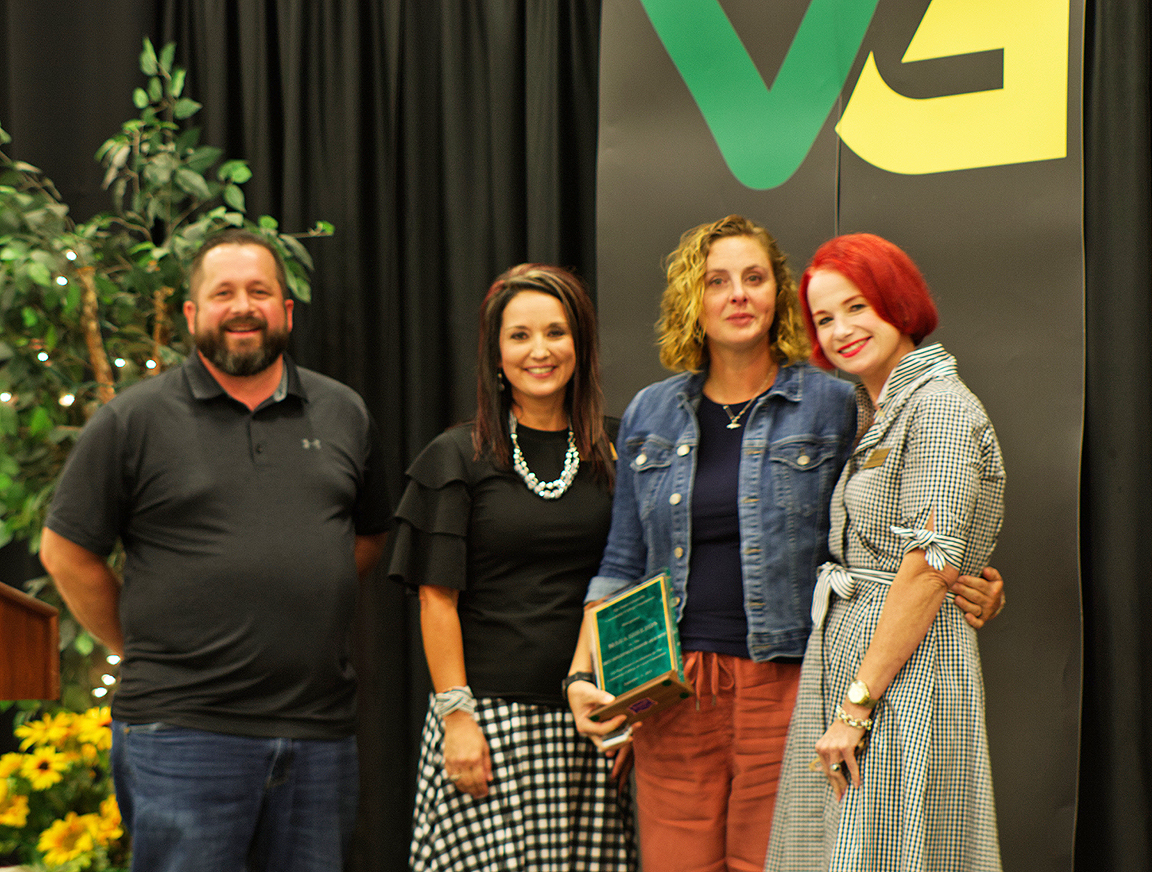