Scholarship fund established at VGCC in memory of local teacher 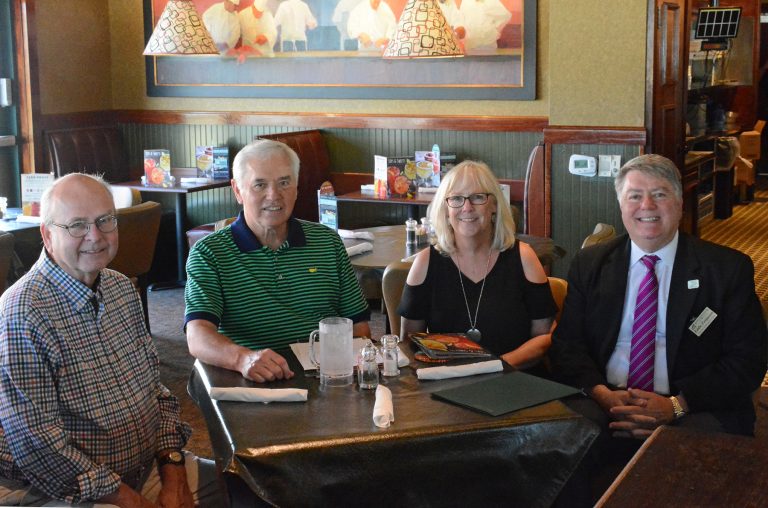 Friends and colleagues of the late Robert C. Pirie, Jr., have established a scholarship fund in his memory at Vance-Granville Community College.

Pirie passed away in May at the age of 75. A Vance County native, he was a veteran of the United States Marine Corps, including service in Vietnam. He retired from the Vance County school system after teaching for more than 30 years, primarily at Zeb Vance Elementary School.

Retired educators Michael and Wanda Bullard, along with Pirie’s best friend, Billy Horner, and his wife, Patricia Horner, helped set up the scholarship at VGCC. “I was a student of Mr. Pirie’s during his first year of teaching and then had the honor of teaching with him for 12 years,” Wanda Bullard said. “He encouraged me to become a teacher and then became my mentor. We became very close and I thought of him as a second father. I am one of many that he encouraged and supported.”

Bullard noted that Pirie received several awards for his math teaching abilities. He also coached the Zeb Vance Eagles Pee Wee football team for many years and was well-respected in the school system and the community. She recalled that Pirie and Horner shared a love of college sports, attending numerous Duke University home football games and ACC basketball tournaments together. When Pirie struggled with health issues in his later years, Bullard and Horner helped take care of him. “He was like family to both of us,” Bullard said. “We wanted to start the scholarship in his name as a way to continue his legacy of encouragement and support of students being the best they can be.”

“We are touched that those who knew and worked with Mr. Pirie, those he taught and those he inspired, have been generous and thoughtful enough to honor his memory through a scholarship,” said VGCC Endowment Director Eddie Ferguson. “When fully endowed, this new scholarship will help VGCC students continue their education, and that’s a perfect way to pay tribute to an outstanding educator.”

Through the Endowment Fund, VGCC has awarded more than 9,400 scholarships to students since 1982. Scholarships have been endowed by numerous individuals, industries, businesses, civic groups, churches and the college’s faculty and staff. Tax-deductible donations to the VGCC Endowment Fund have often been used to honor or remember a person, group, business or industry with a lasting gift to education.

For more information or to make a contribution to help fully endow this scholarship, call Kay Currin at (252) 738-3409.

Contributions to the scholarship fund can be mailed to the Vance-Granville Community College Endowment Fund, at P.O. Box 917, Henderson, NC 27536.