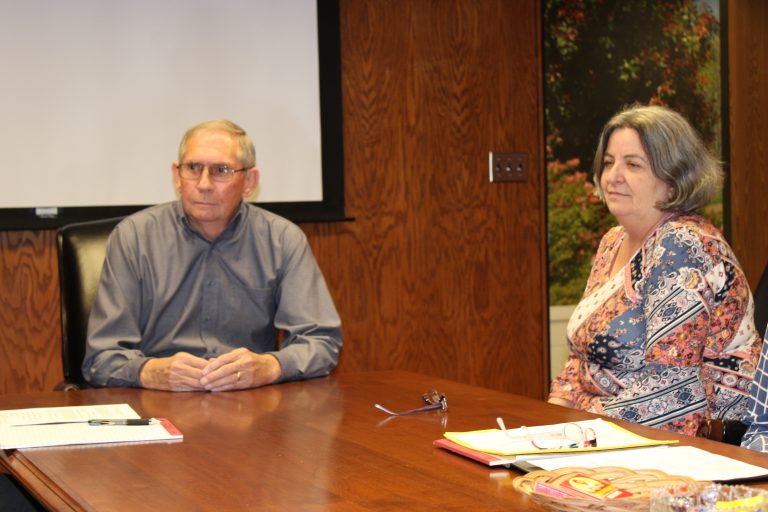 Wesley and Sheila Smith of Kittrell

Wesley Smith has a longstanding association with VGCC. He graduated from the college’s Air Conditioning, Heating and Refrigeration Technology (often called HVAC) program in 1988. Several years later, Smith returned to become an instructor and head of the same program. “I was a good fit for the job,” he recalled – so good, in fact, that he remained in that position for 27 years, before retiring from VGCC in 2018.

Now, Smith and his wife have created the “Wesley E. and Sheila K. Smith Academic Achievement Scholarship,” which will be awarded each year to a worthy student. Preference will be given to students in the HVAC program who meet certain academic requirements.

“I want to help students because this is a great career and the HVAC technician can make a good income,” Mr. Smith said.

“Wesley Smith spent decades educating, inspiring and supporting students while preparing them for their careers, and now, he is continuing his outstanding legacy of service through this scholarship,” said Dr. Rachel Desmarais, VGCC’s president. “We thank Wes and Sheila for their generosity, which will help students complete the training they need for good jobs in our community.”

VGCC Endowment Fund Director Eddie Ferguson added, “Dedicated, caring faculty members like Wes have helped make our college a special community over the past five decades, which makes it fitting that he and Sheila have created a scholarship during our 50th anniversary year, which will reward excellent students for years to come.”