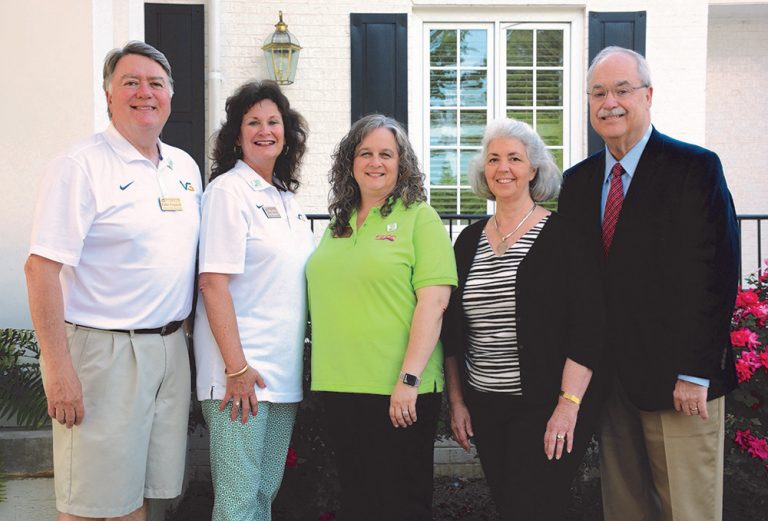 Dr. M.W. Wester, III, and his wife, Sara Wester, of Henderson have endowed a new scholarship at Vance-Granville Community College in memory of Dr. Wester’s parents.

The new Presidential Merit Award-level scholarship honors the legacy of the late Dr. and Mrs. M.W. Wester, Jr., better known as “Wes” and “Dee Dee” to their friends.

The Westers met and married at Duke University, while he was a medical student and she was studying physical therapy. After completing school, they returned to his hometown, Henderson, where he opened a family medicine practice. He brought in a partner, Dr. Reg Tucker, and later Dr. Beverly Tucker, Dr. Roddy Drake, Dr. Randolph Mills and Dr. Franklin Mills. The practice eventually became known as Henderson Family Medicine Clinic, and is now Duke Primary Care Henderson. Dr. Wester was always interested in the education of new physicians and served as an adjunct faculty member at Duke and at UNC-Chapel Hill. He brought a number of medical students to the clinic in Henderson to complete their family practice rotations.

Mrs. Wester, born Eleanor Clardy, practiced physical therapy at Maria Parham Hospital for many years. Her hobby, however, was teaching ceramics, china painting and doll making at VGCC. She started teaching when the college was still a technical institute that was housed in the former Maria Parham Hospital in downtown Henderson, and she continued until 2008. Mrs. Wester also served on the VGCC Endowment Fund Board while she was serving as president of the Hospital Guild.

Sara Wester has continued her mother-in-law’s tradition of involvement with VGCC, as a member of the college’s board of trustees since 2004.

The new scholarship will be awarded to a student in a Health Sciences program.

“This scholarship is a fitting tribute to the Westers’ lifetime of service and will inspire the students who receive it, as they pursue their own careers serving others through health care,” said Dr. Rachel Desmarais, VGCC’s president. “At the same time, as we celebrate the 50th anniversary of Vance-Granville, we are reminded of the important role of continuing education classes like those taught by Mrs. Wester, which have provided not only skills but also joy to members of the community throughout our history.”

Through the Endowment Fund, VGCC has awarded more than 9,400 scholarships to students since 1982. Scholarships have been endowed by numerous individuals, industries, businesses, civic groups, churches and the college’s faculty and staff. Tax-deductible donations to the VGCC Endowment Fund have often been used to honor or remember a person, group, business or industry with a lasting gift to education. For more information, contact Kay Currin .