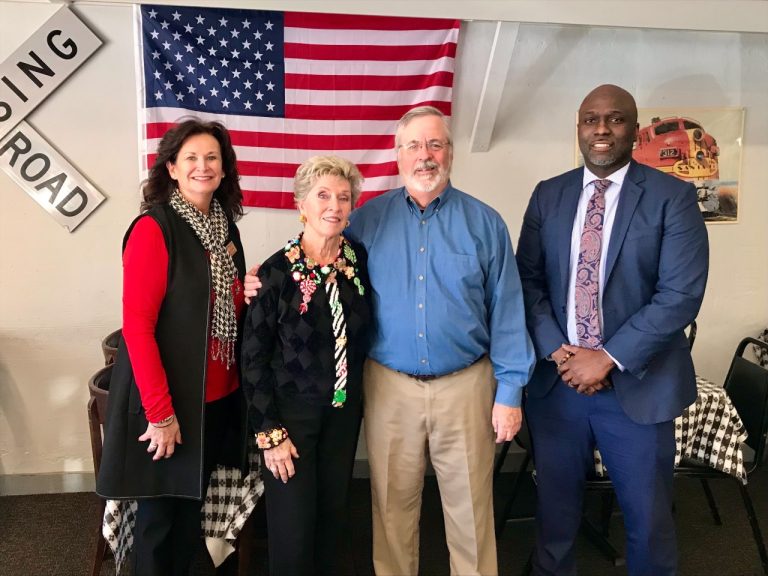 While this is the first scholarship the Solaris have endowed with the VGCC Foundation, they have previously set up scholarships for students at several schools, including Catawba Valley Community College in Sylvia Solari’s native Hickory.

“Our intention with this new scholarship, as with the other four we have established, is to give to some deserving young person, a gift which no one can take away from them ever — an education,” Bill Solari wrote. “Our hope is for the future, that a youth with a desire to learn and better their life’s situation will take advantage of this chance to use his or her God-given talents, to improve and sharpen his or her skills, to perhaps try a new and different career path, to eventually become a productive, happy, satisfied member of society.”

Solari went on to say that the scholarship represents “a chance to alter and improve the life experience of someone who wants this chance, but that financially is not within their grasp.”

He and his wife also expressed the hope that those students “who benefit from this opportunity, will one day turn around and reach out to help some other deserving student to have the chance to succeed in life. A mind is a terrible thing to waste!”

Bill Solari is a native of Richmond, Virginia, which is also where he met Sylvia, while they were both attending college. Sylvia graduated from Virginia Commonwealth University, while Bill graduated from the University of Richmond. After graduation, Bill began his career in the business world with General Electric in Louisville, Kentucky, and was later transferred to Raleigh, N.C. Most of his career was in the financial/investment advising profession. He worked with two companies during his more than 37 years as a financial consultant. In addition to raising their children, Sylvia worked as a sales associate for J.C. Penney and as assistant purchasing agent for a third-party insurance company. For many years, the Solaris had a summer home on Lake Gaston, and after Bill’s retirement, they moved there permanently from Raleigh in 2008. Sylvia and Bill have two children and four grandsons, who all live in North Carolina.

They are also longtime supporters of the VCU Health Community Memorial Hospital (CMH) in South Hill, Virginia. Bill Solari currently serves as the chair of the CMH Foundation, and Sylvia has volunteered in the hospital’s Emergency Department for many years. Both that emergency department and the hospital’s Solari Radiation Therapy Center are named in honor of the couple. The Solaris have also both been active volunteers with local theatrical productions in the region.

“We are honored and grateful that the Solaris have chosen to establish a scholarship at Vance-Granville,” VGCC Foundation Executive Director Eddie Ferguson said. “Their strong commitment to education will help students for years to come.”

“The new Sylvia and Bill Solari Scholarship is a testament to their generosity and interest in improving the community,” said Dr. Rachel Desmarais, VGCC’s president. “Their support will make a tremendous difference in the lives of students who will be able to obtain a high-quality education, succeed in the workforce and achieve their dreams.”

The VGCC Foundation (formerly known as the Endowment Fund) has enabled more than 10,000 scholarships to be awarded to students since 1982. Scholarships have been endowed by numerous individuals, industries, businesses, civic groups, churches and the college’s faculty and staff. Tax-deductible donations to the VGCC Foundation have often been used to honor or remember a person, group, business or industry with a lasting gift to education. For more information, call (252) 738-3409.