Williams named next President of VGCC 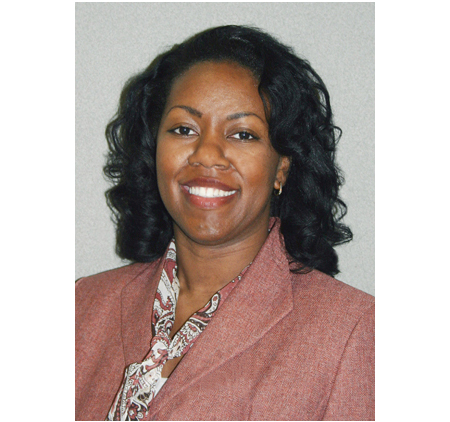 Dr. Stelfanie Williams, currently the Vice President of Economic and Community Development at Central Carolina Community College in Sanford, has been chosen by the Vance-Granville Community College Board of Trustees to be the next president of the college. Pending final approval from the State Board of Community Colleges, Williams (pictured above) is expected to take office on Feb. 1. She is set to become the sixth president in VGCC history, as well as the first African-American and first woman to hold the position on a permanent basis.

“The Board was very pleased with the high caliber of candidates who applied for our president’s position, and we are equally pleased that Dr. Williams is going to bring her leadership abilities and passion for education to Vance-Granville,” said Board of Trustees chairman Donald Seifert, Sr. of Henderson. “Her experience, energy and commitment to innovation make her an outstanding choice for our college as we seek to build upon our tradition of excellence and continuously improve the way we provide quality education and training to our four-county service area. We are excited to welcome Dr. Williams to the VGCC family.”

Williams began her community college career shortly after graduating from Duke in 1998, when she joined Central Carolina Community College as an instructor for Basic Skills. She was motivated to help adults through literacy education after learning at age 14 that her grandfather could not read. Williams later also taught Spanish and served as Basic Skills Distance Education coordinator at CCCC. In 2004, Williams began to rise through the administrative ranks when she was named the director of Basic Skills and the manager for CCCC’s Siler City Center. A year later, she was appointed the college’s Director of Continuing Education for Chatham County, before being hired as the Dean of Continuing Education at Sandhills Community College in Pinehurst. In 2008, Williams rejoined Central Carolina as Dean of Continuing Education, and soon took on the new position of Vice President for Economic and Community Development. In that role, she oversaw a division that included more than 300 full-time and part-time employees, working at the college’s three campuses and other sites in Lee, Chatham and Harnett counties.

“I am honored and delighted to serve as the next president of Vance-Granville Community College, and I thank the Board of Trustees for entrusting me with this opportunity,” Williams said. “As president, I plan to work together with faculty, staff, and administration to advance student success, economic development, and quality educational services for the community. We will engage business and political leaders, educational partners, and community members in fulfilling the mission of the college. I greatly look forward to leading the college and becoming active in the communities of Vance, Granville, Franklin and Warren counties.”

Williams and her husband, Keith, have three children, Keith Jr., Kaela and Kelsea.

Williams’s appointment follows a nationwide search that began after the former VGCC president, Dr. Randy Parker, announced in May that he would resign in order to become the president of Guilford Technical Community College. Dr. Angela Ballentine, VGCC’s Vice President of Instruction, was chosen to serve as the interim president, starting on Sept. 1, while the Board conducted its search. The Board of Trustees Presidential Search Committee, chaired by Sara C. Wester of Henderson, received 42 formal applications and eventually narrowed those applicants down to six finalists. In November, the finalists were interviewed by the full Board and participated in public forums. On Nov. 21, the Board decided to offer the position to Williams. North Carolina Association of Community College Trustees executive director Dr. Donny Hunter served as the Board’s search consultant.

The Board’s selection of Williams has been forwarded to the State Board of Community Colleges and is expected to be formally approved at the state board’s next meeting, scheduled for Dec. 8.

UPDATE: The State Board of Community Colleges voted to approve the appointment of Dr. Williams as president of VGCC on Dec. 8.