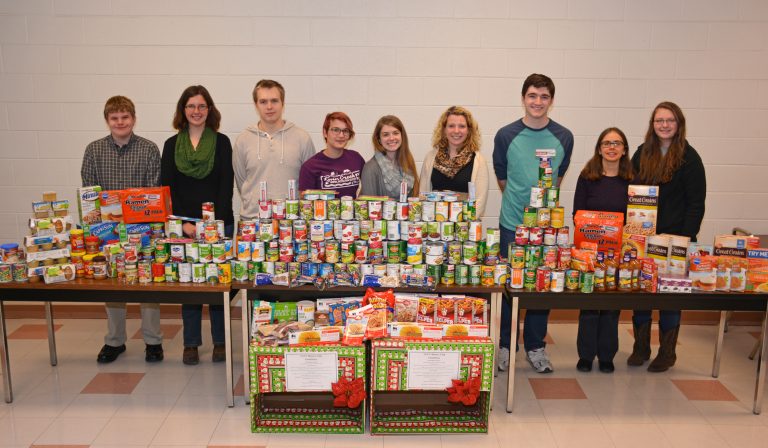 Vance-Granville Community College’s History Club recently completed its annual food drive, the organization’s major service project of the fall semester. Students collected non-perishable food items, as well as paper products and hygiene products, all of which were donated to the Food Bank of Central and Eastern North Carolina . The Food Bank works with food pantries in all four of the counties in the college’s service area: Vance, Granville, Franklin and Warren.

The donations weighed in at 333 pounds, which translates to 280 meals according to the food bank’s formula. Since the club started conducting food drives in 2013, students have collected more than 1,100 pounds of food. Club members expressed their appreciation for the support they received from students, faculty and staff on all four VGCC campuses.

Students who want more information on the History Club can contact the organization’s advisors, History instructors Victoria Klesmith at (252) 738-3229 or Dr. Natasha Thompson at (252) 738-3527.