VGCC Drama Students To Present ‘Crimes Of The Heart’ 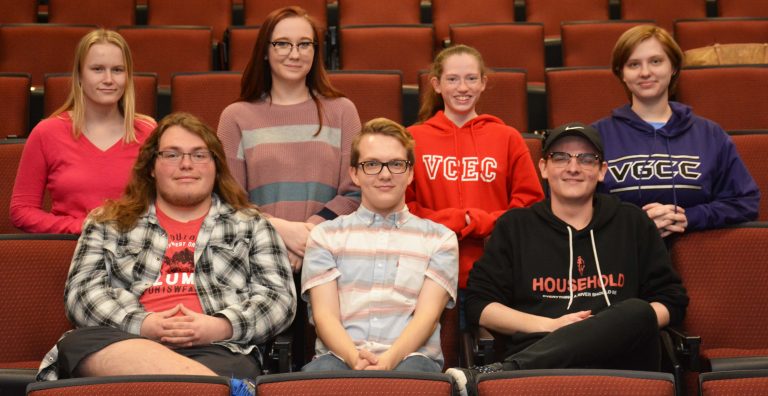 Vance-Granville Community College Drama students will present “Crimes of the Heart,” a Pulitzer Prize winning play, on Nov. 29 through Dec. 2 at VGCC’s Main Campus. The tragicomedy, written by American playwright Beth Henley, will be staged six times over the four days.

Set in Hazlehurst, Mississippi, in the mid-20th century, it’s the story of three sisters who gather to await news of their grandfather’s death.

Betsy Henderson, director of the show and VGCC’s Theatre Arts/speech instructor and department chair of Fine Arts and Humanities, said the sisters are characterized in this manner: “Lenny, the oldest sister, is unmarried at 30 and facing diminishing marital prospects; Meg, the middle sister, who quickly outgrew Hazlehurst, is back after a failed singing career on the West Coast; while Babe, the youngest, is out on bail after having shot her husband in the stomach.”

She added, “Their troubles, grave and yet, somehow, hilarious, are highlighted by their priggish cousin, Chick, and by the awkward young lawyer who tries to keep Babe out of jail while helpless not to fall in love with her.”

The play is ultimately the story of how these young characters can escape their past to seize the future, Henderson said. “The telling of the story is very true and touching and consistently hilarious,” guaranteed to entertain audiences, she said.

In addition to winning the Pulitizer, the show was winner of the New York Drama Critics Circle Award in 1981. A critic for the New York Times said, “While this play overflows with infectious high spirits, it is also, unmistakably, the tale of a very troubled family. Such is Miss Henley’s prodigious talent that she can serve us pain as though it were a piece of cake.”

Admission is $10 for the general public, and $5 for students and VGCC employees. Tickets may be purchased at the door, but attendees are encouraged to secure their seats by making reservations. For more information, contact Betsy Henderson at  or (252) 738-3371, or  .