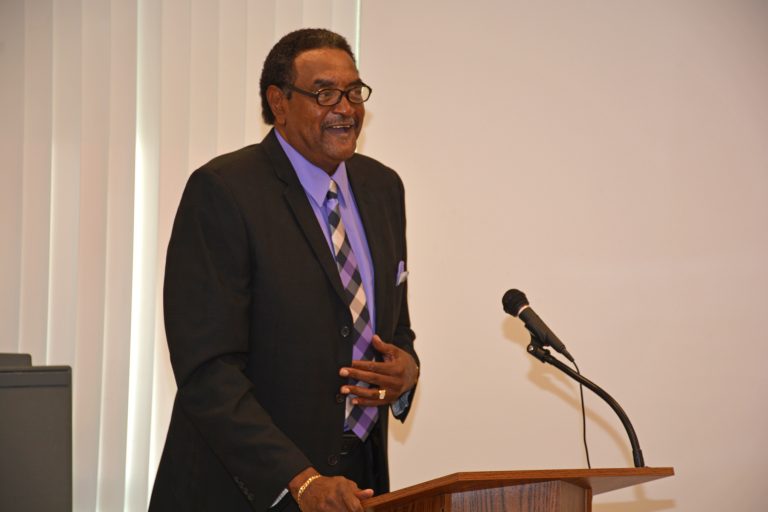 Vance-Granville Community College recently completed a three-year program as part of a national effort to encourage members of the “baby boom” generation to train for new careers. The college had been awarded a $15,000 “Plus 50” Encore Completion Grant from the American Association of Community Colleges (AACC), which in turn received its funding from the Deerbrook Charitable Trust.

The Plus 50 program sought to assist adults age 50 and over in completing degrees or certificates in high-demand occupations that give back to the community, particularly in health care, education and social work. The grant supported support services for students, activities to market VGCC programs to the baby boomer population, and professional development for faculty and staff. VGCC also received guidance from a “mentor” college, Clover Park Community College in Washington, as part of the program.

Recently, VGCC concluded the grant program by holding special “Plus 50” workshops in all four counties served by the college during the fall semester. A total of 179 people attended these events, which were provided free of charge.

Later, VGCC’s South Campus in Granville County was the site for a “Plus 50” workshop featuring former Harlem Globetrotter James “Twiggy” Sanders, entitled “New Beginnings.” Sanders, a Raleigh native, discussed setting career goals, even late in life, and spoke proudly about his wife, who returned to school at age 52 to earn a master’s degree.

Finally, in partnership with the Warren County Senior Center, VGCC held a free workshop, entitled “Time for a Change,” at the Warren County Armory Civic Center in Warrenton. The featured presenter was Anita Hicks, a peak performance strategist, corporate/business trainer and motivational speaker. A Vance County native, Hicks noted that speaking and training was her own second career, and she just completed her M.B.A. “Baby boomers still have dreams,” Hicks said. “Never give up on your dreams.”

Kyle Burwell, VGCC’s Coordinator of Human Resources Development, served as coordinator for the grant program. She expressed her appreciation to colleagues at VGCC for collaborating on Plus 50 activities and to external partners who served on the Plus 50 advisory committee. For more information, contact Kyle Burwell at (252) 738-3276 or burwellk@vgcc.edu . 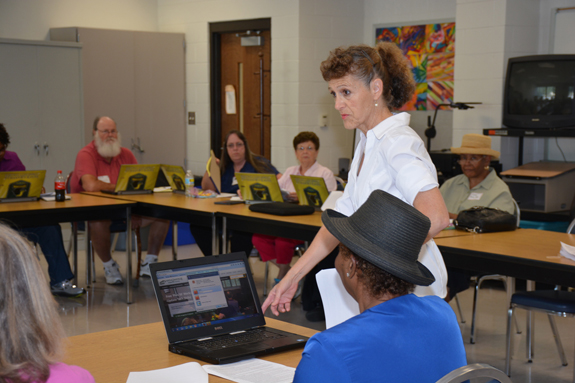 Above:  VGCC Coordinator of Grants and Research Suzanne Keil leads a “Plus 50” workshop on computers at VGCC’s Franklin Campus. (VGCC photo) … See more photos from the two technology workshops on Flickr ! 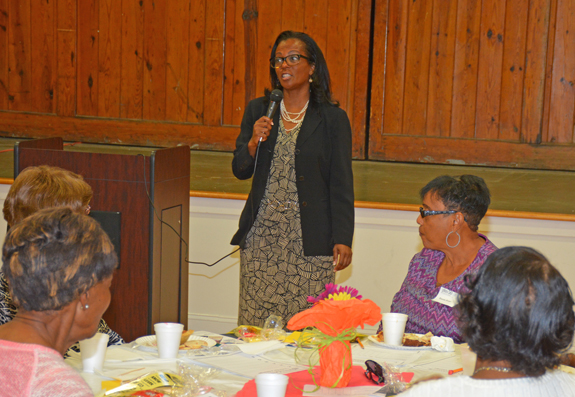 Above:  Anita Hicks speaks at the Warren County Armory Civic Center for a VGCC “Plus 50” event. (VGCC photo) …. See more photos from this event on Flickr !