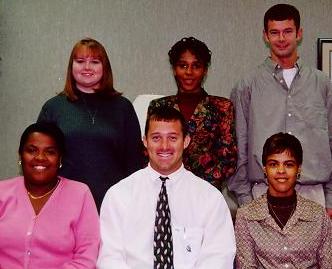 Spencer Noble of Oxford has been elected president of the VGCC Student Government Association for 1998-99. Elections were held Wednesday, Sept. 30. He is joined by the following officers: Arcacia Gooch, vice president, of Henderson; Tammie Elkerson, secretary, of Oxford; Melissa Weaver, treasurer, of Henderson; Toria Parker, parliamentarian, of Henderson; Bryon Bush, co-chair of public information, of Youngsville, and Mary Wardrick, co-chair of public information, of Louisburg.