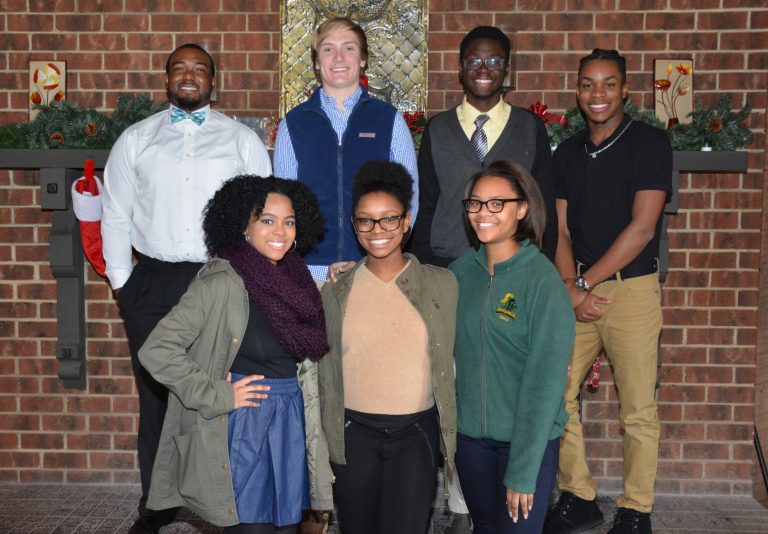 Vance-Granville Community College’s Student Government Association (SGA) has installed a group of officers to serve during the 2016-2017 year.

Students appointed to other offices include Jasmine Allen, Xavier Perry and Autumn Richardson, all of Henderson and all College Transfer/Vance County Early College High School students, along with Michelle McKinnon of Kittrell, a College Transfer student. Perry is assistant public information officer and will soon assume the Public Information Officer position from Roberts when he transfers to continue his education at the four-year level. Richardson is lead campus senator, and Allen and McKinnon are also senators.

As SGA president, Hayes is also the student trustee, representing the interests of his fellow students at all meetings of the VGCC Board of Trustees . He is the first student from an Early College High School ever elected to serve in this leadership role at VGCC.

The Student Government Association is designed to promote the general welfare of the college in a democratic fashion and to facilitate communication among the student body, the faculty, and the administration. SGA also provides a means through which students can promote interest in student activities, both on and off campus. For more information on SGA, contact Jermiel Hargrove, coordinator of Student Activities and Athletics, at (252) 738-3246.