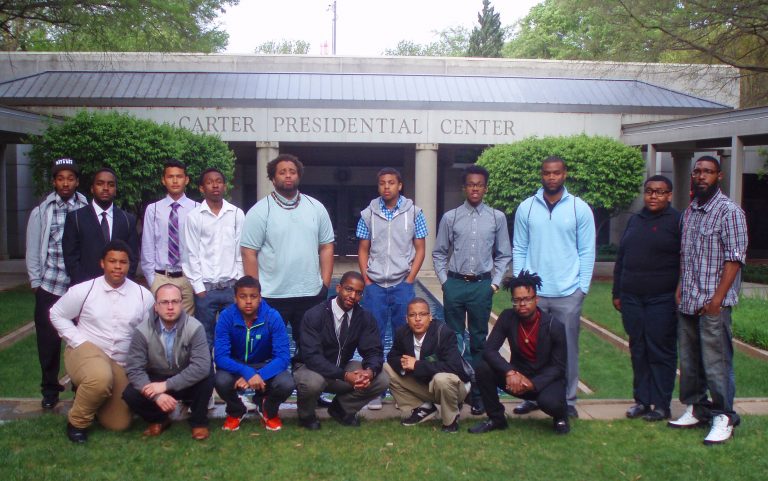 In recent years, Vance-Granville Community College has been increasingly focused on preparing students to succeed in the global economy. In March 2010, ensuring that graduates have “global and cultural awareness” was listed as part of six official goals for the college adopted by the VGCC Board of Trustees. In that spirit, as the United States celebrates International Education Week (Nov. 15-19), the VGCC Global Awareness Committee has been taking stock of how truly internationalized the college has become.

According to VGCC Dean of Business and Applied Technologies Bobby Van Brunt, who chairs that committee, at least 68 students enrolled in curriculum programs during the Fall 2010 semester were natives of a country other than the U.S., from Brazil to Zimbabwe. Several of the students were highlighted on the VGCC web site ( www.vgcc.edu/internationaleducation/ ) in conjunction with International Education Week. Among them is Welding student Bernard Benson, who lives in Henderson but was born in Haiti. “I think it’s very beneficial that we have a diverse student population, all different but striving for the same goals,” Benson said. Some have the experience that allows them to compare different education systems. Hubert Omukhulu, a native Kenyan who lives in Creedmoor and is studying Nursing , said that his VGCC education is more “hands-on” than his earlier schooling. “Here, we actually use the equipment we are studying about,” Omukhulu said. “That’s the thing I love about American education.”

Van Brunt added that the college’s faculty and staff members are also worldly. In a recent survey, he found that 107 VGCC employees had either visited or lived in a total of 97 different countries. The most widely-traveled employee is Bioprocess Technology program head Joseph Tyler, who has visited 31 different countries. “I suspect there is more international flavor at VGCC than in any other organization in our four-county area,” Van Brunt said. In recent years, through the World View organization based at UNC-Chapel Hill, the college has sent instructors with little or no international experience on summer study trips to Spain, China, India, Senegal and Brazil . World View also co-sponsors VGCC’s International Speakers Series, which brings guest speakers to campus to discuss international affairs. Some instructors have gone to World View symposiums in Chapel Hill, and many have received professional development that helps them “globalize” their classes. The VGCC Global Awareness Committee organizes the college’s Cultural Fair each spring, in which students, faculty and staff learn about the food, art and music of a variety of cultures from around the world. In the words of Saudi Arabia-born Helen Samuel of Oxford, who along with her twin sister, Milen, is a VGCC student ambassador, “When we go into the workplace or to another state, we are not going to work with only one culture. It’s so nice to experience different cultures all in just one place. We really don’t have to travel the whole world to see what culture is all about, it’s all right here.”

“At VGCC, we take an international perspective on education seriously,” Van Brunt said. “This is necessary in a world that becomes more competitive every day. Events happening thousands of miles from our borders can have an immediate impact on our livelihoods here. We do what we can to help students understand their roles in ever-broadening commercial, political, and social relationships that continue to develop at a fast pace throughout the world.”

Above: In the VGCC Civic Center on the college’s main campus , the flags of 24 different nations hang to demonstrate that the college is an “international community.” Each flag represents the nation of birth of at least one student who has attended VGCC. (VGCC photo)