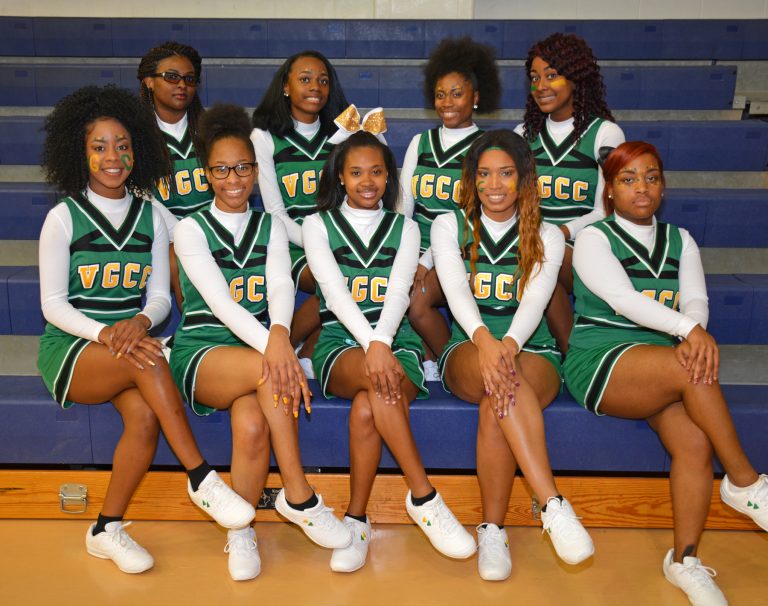 Vance-Granville Community College now has an official student Cheerleading squad. The new “Vanguard Spirit” cheerleaders made their debut at the first VGCC Vanguards men’s basketball game of the 2016-17 season, on Nov. 7. The group, an outgrowth of the “Vanguard Spirit” Pep Squad that performed at VGCC basketball games in 2015 and 2016, is coached by Tina Ragland, who works as the testing administrator at the college.