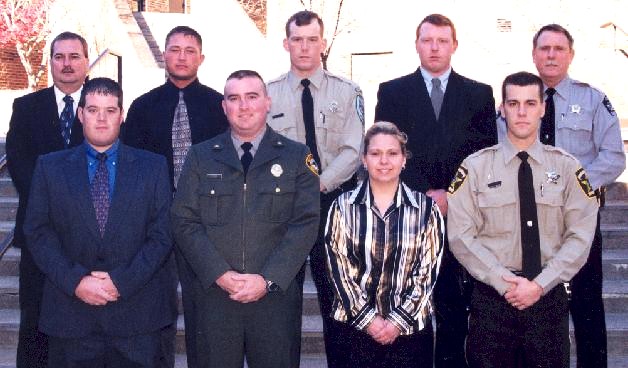 The real survivors are not on a popular TV show. They are the seven men and one woman who graduated Dec. 11 from Vance-Granville Community College Basic Law Enforcement Training Class No. 76.

Tony Pendergrass, coordinator of law enforcement training at VGCC, told the crowd of family, friends and co-workers gathered in the Civic Center for the graduation ceremonies that 21 people began the class in late August. “This is a tough course,” Pendergrass said.

Frank Barbour won both the Physical Fitness Award and Top Gun Award. Pendergrass presented these and said Barbour set a new record for VGCC BLET classes by completing the Police Officers Physical Ability Test in 3 minutes, 58 seconds. The Top Gun Award was for highest scores in handgun and shotgun.

Deputy Rogers of Wake County won the Academic Achievement Award for highest grade average in the 33 tests BLET students are required to take and pass.

Upon successful completion of the BLET curriculum, the graduates took the state law enforcement certification exam and all passed.

Lt. D.W. Slaughter of Butner Public Safety, one of the part-time instructors for the VGCC BLET class, was the speaker at the graduation. A former Army drill instructor, Slaughter said he is familiar with discipline, and the BLET course teaches discipline. “This is something you will need as you go out on the (law enforcement) job,” he said.

Slaughter told the graduating cadets they will use every bit of instruction they received in BLET during their careers. “Law enforcement officers face numerous challenges, and they change every day,” he said. “Keep your guard up.”