Dr. Rachel Desmarais Chosen As Next President Of VGCC 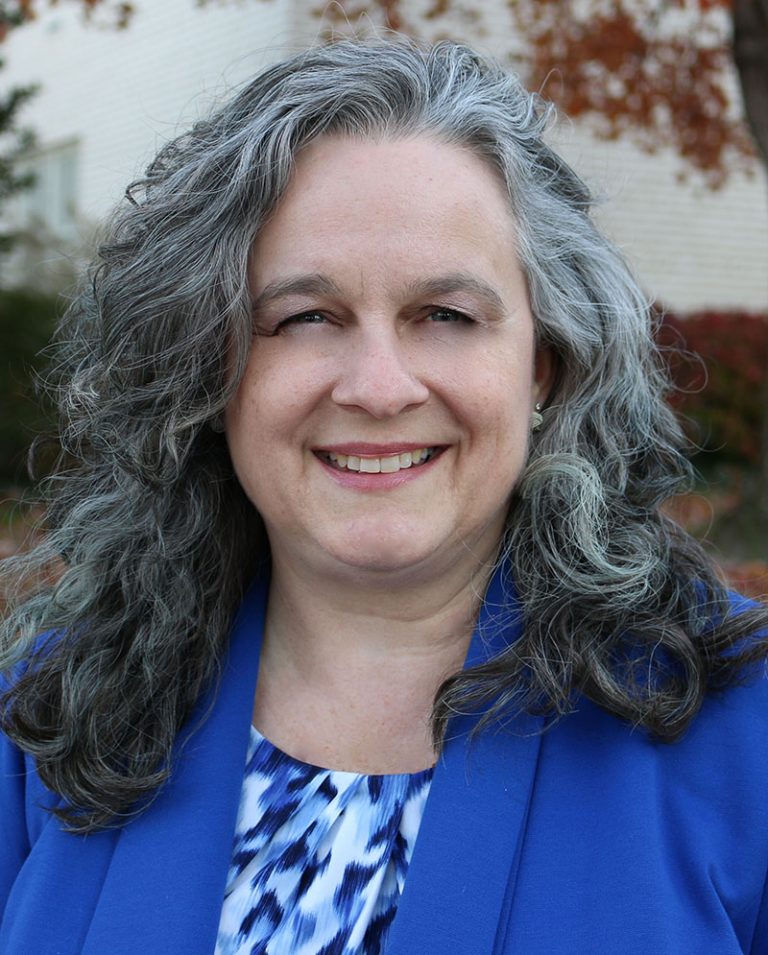 Dr. Rachel M. Desmarais has been chosen as the next president of Vance-Granville Community College. With the final approval of the appointment by the State Board of Community Colleges on Dec. 18, she becomes the seventh president in the 49-year history of the college.

The VGCC Board of Trustees selected Dr. Desmarais on Wednesday, Dec. 5, following presentations by three finalists in a series of public forums from Nov. 30 through Dec. 4.

“The Board of Trustees has concluded Dr. Desmarais possesses the key attributes of an outstanding president that were identified in our search process,” said Danny W. Wright, chair of the board. “We are confident that Dr. Desmarais will provide: the visionary leadership to help our college expand and to promote economic development in our four counties, a powerful commitment to student recruitment and retention, the dedication to improving the lives of the people in our service area, the attention to facility planning and sustainability, and the articulation of our mission and vision to the college’s employees and the communities we serve.”

The selection comes after a nationwide search that produced 89 applicants. She will begin work early in 2019.

She earned her doctorate of philosophy in instructional design and technology from Old Dominion University in Norfolk, Va., in 2015 after getting her masters of science in information technology management from the University of North Carolina in Greensboro in 2003. She earned a bachelor of music degree in voice performance from Mars Hill College in 1992.

She was also among fewer than 40 aspiring and emerging community college presidents nationwide who were chosen for the Aspen Institute Presidential Fellowship for Community College Excellence in 2017-2018.

“I am honored to have the opportunity to serve and lead Vance-Granville Community College as its seventh president,” said Dr. Desmarais after being given the news on Wednesday night. “VGCC is a special place with students, faculty, staff, and board members who care for and take great pride in the college and community. I look forward to building on the strong value and culture already present in the college to cultivate a new shared vision for VGCC and its communities. Together, we will be truly be Vanguards!”

Born in Sumter, S.C., while her father was stationed at Shaw Air Force Base, she moved to Alabama when her family returned home after the Vietnam War.

“I got to watch my dad march across the stage at Auburn University as an electrical engineer,” Dr. Demarais said. “My mother was a preschool teacher. I got exposure to education at a young age, and I saw the value of it.”

Her family found a new home in Orangeburg, S.C., for her father’s first job after college and then eventually Rock Hill, S.C., where she attended middle school and completed her secondary education.

Since her move to Mars Hill, N.C., at the age of 18 to attend college, she has remained in North Carolina, noting that her career has taken her from music education to an administrative assistant in manufacturing to information technology and ultimately to community college administration.

She still has a desire to teach and said she now blends that desire with her love of information and technology to help students find success in the classroom.

“I have a real passion for using data from our students to help them learn how to learn,” she said. “Students have jobs. They have their lives to lead while going to college. They have much to juggle. We have a responsibility to make sure that the education we offer them is as efficient and effective in its delivery as it can be.

“I’m really a strong believer in institutional effectiveness,” she added. “The data can be used as a tool to help our students succeed. We need always to use it as a positive tool. An educated society is a happier, more fulfilled society.”

Her work in the private sector includes a period from 1999 to 2002 when she worked with the Womble Carlyle Sandridge Rice law firm and later a subsidiary, FirmLogic, in Winston-Salem as a systems support manager and, later, project manager. She was assistant to the director of manufacturing and a systems analyst for Highland Industries in Kernersville in 1997-1999.

She also has been actively involved in community projects in the Winston-Salem area, including the United Way; Boy Scouts of America; Forsyth Futures, a non-profit community data research organization; WinstonNet Inc., a non-profit community technology initiative; the Center for Design Innovation; and the Board of Cooperative Ministries for the Southern Province of the Moravian Church.

Dr. Desmarais has an adult son, Ian, who is currently a biotechnology major at Forsyth Tech. Her younger son, Conall, who will be completing the eighth grade, is interested in attending an early college high school. Her husband, she said, plans to retain his job in the Winston-Salem area as he is able to do the majority of his work off-site.

The search process for the new president began in September when the Trustees selected the firm of Executive Leadership Associates (ELA) LLP of Emerald Isle to help the board create a profile of the ideal presidential candidate needed for VGCC, to guide the search process and to recruit and screen applicants. Applications and nominations were accepted beginning Oct. 8 with a deadline of Nov. 9.

With the guidance of ELA, a consortium of former North Carolina community college presidents, the list of candidates was narrowed to five by the board’s search committee. On Nov. 19, at the regular bimonthly meeting of the board, the Trustees trimmed the list to three finalists who were invited to the college to meet with staff and faculty, county officials, chamber members and the public to participate in individual forums. Attendees were given the opportunity to provide input on each finalist via a form distributed at the forums or verbally to representatives of ELA in attendance.

The board met on Dec. 4 following the last of the interviews with candidates. A final decision on the selection was made at a continuation of that meeting, on Dec. 5, following the results of a vetting process conducted by the State Board of Community Colleges.

“After this carefully executed selection process, we believe Dr. Desmarais has the background and the experience to move us and our communities forward,” Trustee Wright said. “We do appreciate our two other finalists who showed such a strong interest in helping our college advance, and we owe much to the members of the public sector who also attended the forums and assisted us in this search process as well.”

Shown above, Dr. Rachel M. Desmarais, chosen as the seventh president of VGCC.