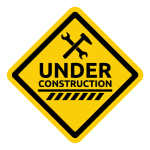 This page is currently under construction. Please visit www.vgcc.edu/catalog/ for the current VGCC College Catalog.

The North Carolina General Assembly founded Vance-Granville Community College as Vance County Technical Institute (VCTI) in 1969. After offering classes in various community locations, VCTI officially moved into renovated quarters of the former Maria Parham Hospital building near downtown Henderson in January 1970 and began offering extension classes. By the fall of that year, eight vocational and technical courses were added to the curriculum.

During the ensuing year, VCTI experienced a phenomenal growth in enrollment, and the need for larger, more permanent facilities became increasingly evident. The Board of Trustees requested that the Vance County Board of Commissioners hold a $2 million bond referendum for that purpose. Granville County representatives expressed interest in supporting a united
effort between the counties to construct and maintain a new campus. A joint bond issue passed in 1972, and the name of the institution was changed to Vance-Granville Technical Institute.

Located midway between Henderson and Oxford alongside Interstate 85, the new campus consisting of four buildings opened in August 1976, just six weeks after the Legislature granted community college status, and the name of the College was changed to Vance-Granville Community College. The College experienced such rapid growth that a fifth building was added in 1978, while the College service area was expanded to include Franklin County and a major portion of Warren County (VGCC was assigned responsibility for all of Warren County by the North Carolina Board of Community Colleges in 2001).

In 1981, the General Assembly funded a special appropriation for much needed equipmentfortraining purposes. That same year, seven new programs were added to the general curricula, resulting in record-breaking enrollments and the eventual opening of the first South Campus, a facility in southern Granville County.

VGCC reactivated its Endowment Fund Corporation in 1982 to seek contributions from the community for its scholarship program and other support for the College. The fund at that time held approximately $15,000, but since then has received gifts of more than $7 million. Over 9,700 students have received scholarships through the Endowment Fund in recognition of their academic achievement.

In 1984, the College reached another plateau in its physical growth plan when it received $1.1 million in construction funds from the GeneralAssembly. These funds supported a new StudentAdmissions/Skills Training Center, built in 1985-1986 on the Main Campus; a new, permanent South Campus complex in Granville County; and a new campus in Warren County. Both campuses were completed in 1988.

With the opening of new entrance and exit ramps off Interstate 85 in 1988, improved access to the Main Campus resulted in bringing the College closer to its students as well as enhancing its visibility. VGCC met still another long range goal in 1989 with the construction of a $2 million Small Business/Civic Center on the Main Campus.

Significant growth in the 1980s underscored VGCC’s ongoing efforts in the 1990s to serve area citizens with new and improved educational opportunities that included the opening of a new campus in Franklin County in 1991.

The year 1993 brought more good news for the College’s growth plans, as North Carolina voters passed a $200 million Community College Bond Referendum. VGCC’s share of the monies, $4.2 million, was earmarked for a variety of construction and renovation projects. Part of the funds supported the construction of a new classroom/day care building, completed in the summer 18 2020-2021 VGCC Catalog of 1996 on Main Campus. Other funds helped with construction, renovation and expansion needs at the other three campuses.

In 2000, growth plans received a significant boost as North Carolina voters passed a Higher Education Facilities bond referendum, from which VGCC received $17.1 million over a six-year period for new construction and renovations at all four campuses. The first money from these funds was used for the construction of a new three‑story Technology, Occupational Extension and Basic Skills building, completed on Main Campus in September 2003. The largest of all the College’s facilities, the structure houses classrooms and labs for curriculum programs, Continuing Education, the Small Business Center and Basic Skills. The Student Services Building was also expanded to provide better service to students and to provide space for a lab for the Bioprocess Technology program, which began in Fall Semester 2005.

This expansion of Vance‑Granville’s total physical plant and equipment has helped accommodate a larger student enrollment. During 2018-2019, the College served more than 11,000 curriculum and extension students. Consistent with the structural and enrollment growth of the College has been its increase in curriculum program offerings. To keep up with changing economic demands, several new areas of study – in fields including information technology, culinary arts, supply chain management, paralegal, histotechnology, and health and human services – were added during the first two decades of the 21st century. Meanwhile, the College has expanded both its online course offerings and partnerships that allow high school students to earn college credits. Between 2008 and 2010, VGCC opened four Early College high schools — one at each VGCC campus –in partnership with local public school systems, becoming the first community college in the United States to collaborate on four such high schools. The college now offers 10 academic programs completely online.

Including the TAACCCT and TechHire grants, VGCC’s Grants Office surpassed $6 million in funding to support students during the 2016‑2017 fiscal year. In its first four years, the Grants Office secured 37 grants. In June 2017, Vance-Granville made the announcement of an in-kind software grant from Siemens PLM Software, with a commercial value of $31 million, the largest such grant in the history of the college.

The college’s Endowment Fund has continued to enjoy significant growth. A $1.6 million bequest to the college from the estate of a decorated World War II pilot in 2016 helped the college establish the VanGuaranteeneed-based scholarship program, which is designed to cover tuition, student fees and textbooks for eligible students whose financial needs are unmet by federal financial aid and other means of support. The new program was recognized by U.S. Education Secretary John B. King Jr. and leaders from the College Promise Campaign.

From 2015 through 2019, VGCC’s annual Endowment Fund Golf Tournament generated more than $100,000 each year to set new records as the highest-grossing golf tournaments in the fund’s history.

The Main Campus of Vance‑Granville Community College is located midway between Oxford and Henderson on an 83-acre tract of land on the east side of Poplar Creek Road off Interstate 85. The original Main Campus consists of nine buildings, including a Civic Center, totaling 249,320 square feet.

In July 2016, VGCC expanded the campus with the renovation of a facility, 19 2020-2021 VGCC Catalog Building 10, that houses classrooms for workforce training. The 12,800‑square‑ foot facility is located on a 21-acre tract on the west side of Poplar Creek Road across from the main entrance of the Main Campus.

Since their formal dedication in the fall of 1988, both South Campus and Warren County Campus have been renovated, enlarged and improved to accommodate a growing number of students. South Campus consists of one building of 49,175 square feet, including a major two-story addition completed in January 2007. Warren County Campus today includes four buildings totaling 29,505 square feet, the most recent addition being a classroom building that opened in January 2005.

Franklin County Campus, which first opened its doors to students in 1991, shared space in a local government building before moving in 1998 to its permanent new home outside Louisburg. The campus added two structures in 2001: the Biotechnology Lab/classroom building and a multipurpose facility. The completion of a two‑story building in 2006 gave the campus five buildings, totaling 62,639 square feet.

In 2016, Dr. Currin was the recipient of the most prestigious award given by the State Board of Community Colleges, the I.E. Ready Award for meritorious service. Only one other VGCC leader has received that award: John Trammell Church Sr., then chairman of the Board of Trustees, in 1998.

In 2018, Dr. Williams received the North Carolina Community College System President of the Year Award from the State Board.

Two VGCC instructors have received the North Carolina Community College System Excellence in Teaching Award, the highest honor for an educator in the 58‑college system: Dr. Nannette S. Henderson, chair of the science department, in 1987; and Marian C. Dillahunt-Andrews, instructor of developmental English and reading, in 2011.